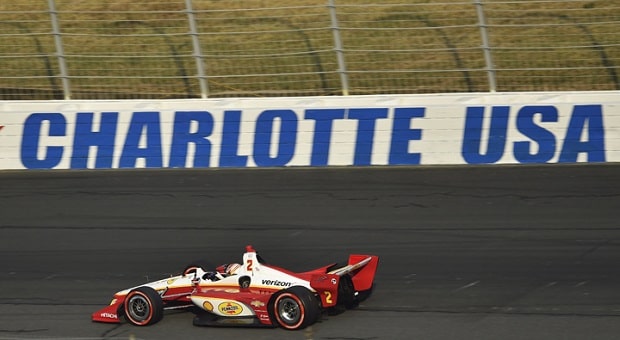 It’s hard not to celebrate with Tennessee native Josef Newgarden, who earned his second NTT IndyCar Series championship in the last three years. Although he came late to the racing party, joining the ranks as a driver when he was 13 years old, now-28-year-old Newgarden has had success at almost every stop along the way. Where he didn’t end up winning, he learned about his craft and honed his skills. It’s what champions do.

Normally, when a champion is crowned in INDYCAR, there’s a celebration at the track, in this case WeatherTech Raceway Laguna Seca in Monterey, Calif. Then comes a quick media tour and the attendant hoopla. A small celebration takes place for all the teams in Indianapolis… and then the champ disappears until the following March when INDYCAR starts its next season.

Newgarden and Team Penske did it a bit differently this year. After Newgarden, who finished eighth in the season finale but gained sufficient points in the double-points contest to beat both his teammate and 103rd Indianapolis 500 winner Simon Pagenaud and Andretti Autosport’s Alexander Rossi, the decision was made to bring Newgarden and his Team Penske Dallara-Chevrolet to Charlotte Motor Speedway’s Roval for some demonstration laps. 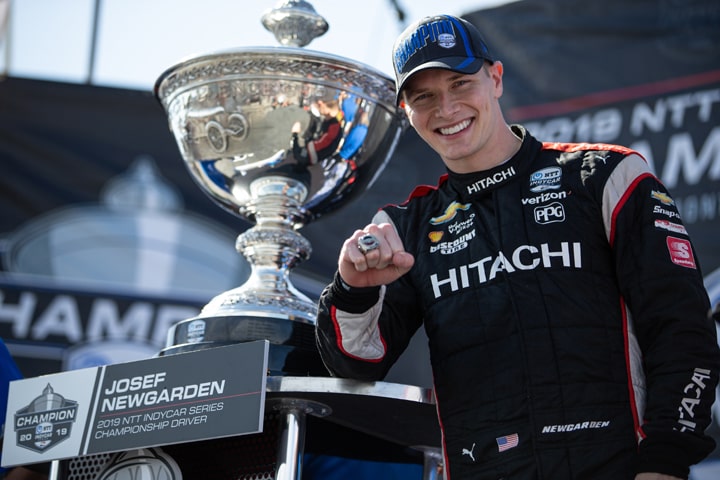 Team sponsor Shell Pennzoil had a lot to do with the decision to put this Indy car into NASCAR country. Team Penske fields Ford Mustangs for 2018 champion Joey Logano and former titleholder Brad Keselowski, along with Ryan Blaney in the Monster Energy NASCAR Cup Series – and with team headquarters just up the road in Mooresville, this was a perfect opportunity to show NASCAR racers and fans just how sleek and fast the open-wheel car could be on the combination road course/oval race track.

On Friday afternoon at the Charlotte Motor Speedway Roval, Newgarden honored his team owner Roger Penske with these exhibition laps. Penske is the first team owner to hold both the NASCAR and INDYCAR championships in the same season; Logano is the reigning MENCS titleholder.

Team Penske president Tim Cindric, who is also Newgarden’s strategist atop the No. 2 car’s timing stand, spoke of the team’s accomplishments. “It’s hard to believe, sitting with these trophies. Then when you look at the fact we were able to put together “The Captain’s” 18th Indy 500 win as well, it’s hard to believe, honestly.”

Team Penske hadn’t earned the Indy 500 pole since 2012 and Penske was “a little impatient with when the next one was going to come,” Cindric admitted. “When we look at the big trophies for the year, the big trophy for the pole at Indy is one of those. In the NTT IndyCar Series, to win all the big trophies, and all three of our guys winning races and, as an organization we have nine out of 11 full-time drivers that have won races this year with a lot more work to do.

“Without a doubt,” Cindric said, “a lot has been accomplished.” But he still feels there’s more to be done in the more than 275 race starts the organization will make over all of its series: INDYCAR, NASCAR (Cup and Xfinity), IMSA and the V Power Super Cars in Australia. “I can’t say enough about what Josef has done, and Joey [Logano] is still the champ around here. We still have all three (NASCAR) guys in contention. That (Newgarden’s title) was a check in the box for the first championship of the year. There are four more sitting out there for us to try to get.” 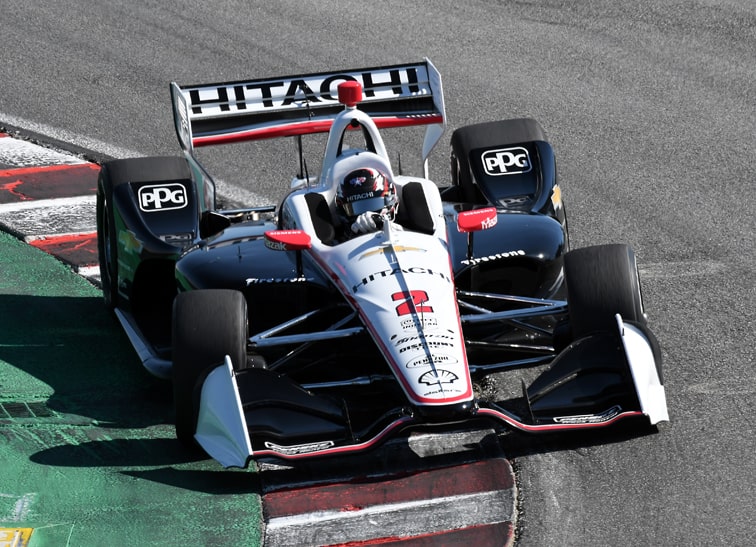 When he joined Team Penske in 2017 after four years racing for Sarah Fisher, Wink Hartman and Ed Carpenter on single-car INDYCAR teams, Newgarden realized, “You know that you have the history behind you. You have the process, you have the people, you have the management, you have the ownership. You have everything in place to go and succeed and do it better than everyone else,” Newgarden said. “I think that gives you the confidence to go and be better than everyone else in a lot of ways. I like it. I don’t mind the pressure, but I really enjoy the confidence that the team gives you that you have everything you need.”

He had everything he needed for the laps around Charlotte Motor Speedway’s unique track layout and appreciated the opportunity to show off the car and its Shell Pennzoil colors. “This was a real cool opportunity that Pennzoil provided for us,” Newgarden said. “It’s been greater to showcase that. They were a big part of these championships. Joey last year and me this year. So to get to drive my Chevrolet Indy car out here today was kind of a treat for me. This is kind of like my gift!”

While he thought the Charlotte circuit might be a bit too bumpy for the stiff Indy car, which does not have the power steering NASCAR drivers enjoy, “The track felt pretty good. I was really interested in that. We are a different series and we have a different tire make.” NASCAR uses Goodyear rubber, while INDYCAR is aligned with Firestone. “Normally, on a single weekend where you have different series running together, you have to clean the track every time your series goes out, so I was kind of cleaning the track myself and it was getting better each lap.

“But what I love is the NASCAR guys are interested in us and we are interested in them. You can tell we are all just racers. I love their cars and they love ours. The only thing that would have made me more excited is if I could have gotten into one of their cars today.” Newgarden said he’d love to see a doubleheader with NASCAR and INDYCAR on the same track one weekend in the future. “I think it would be a win-win for all of us.”

INDYCAR is testing its new Aeroscreen this week at Indianapolis Motor Speedway. Newgarden’s teammate, the 2014 series champion and 2018 Indianapolis 500 winner Will Power is testing the Aeroscreen, along with five-time champion Scott Dixon of Chip Ganassi Racing.

That test session in Indy will keep the series in the public eye this week, at least, but it’s a long haul until the start of the next season, which begins in St. Petersburg, Fla. on March 15. Can the NTT IndyCar Series keep its champion and its many other stars in front of the public for six months? It’s a loaded question, but this exhibition was a good start. 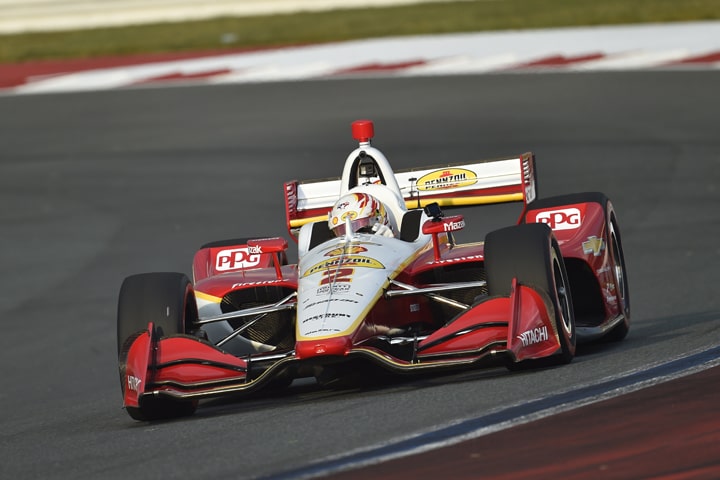