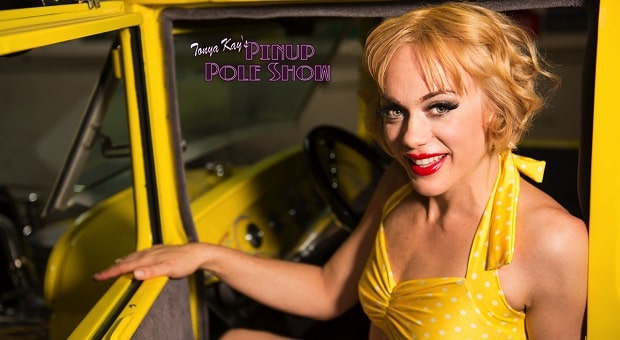 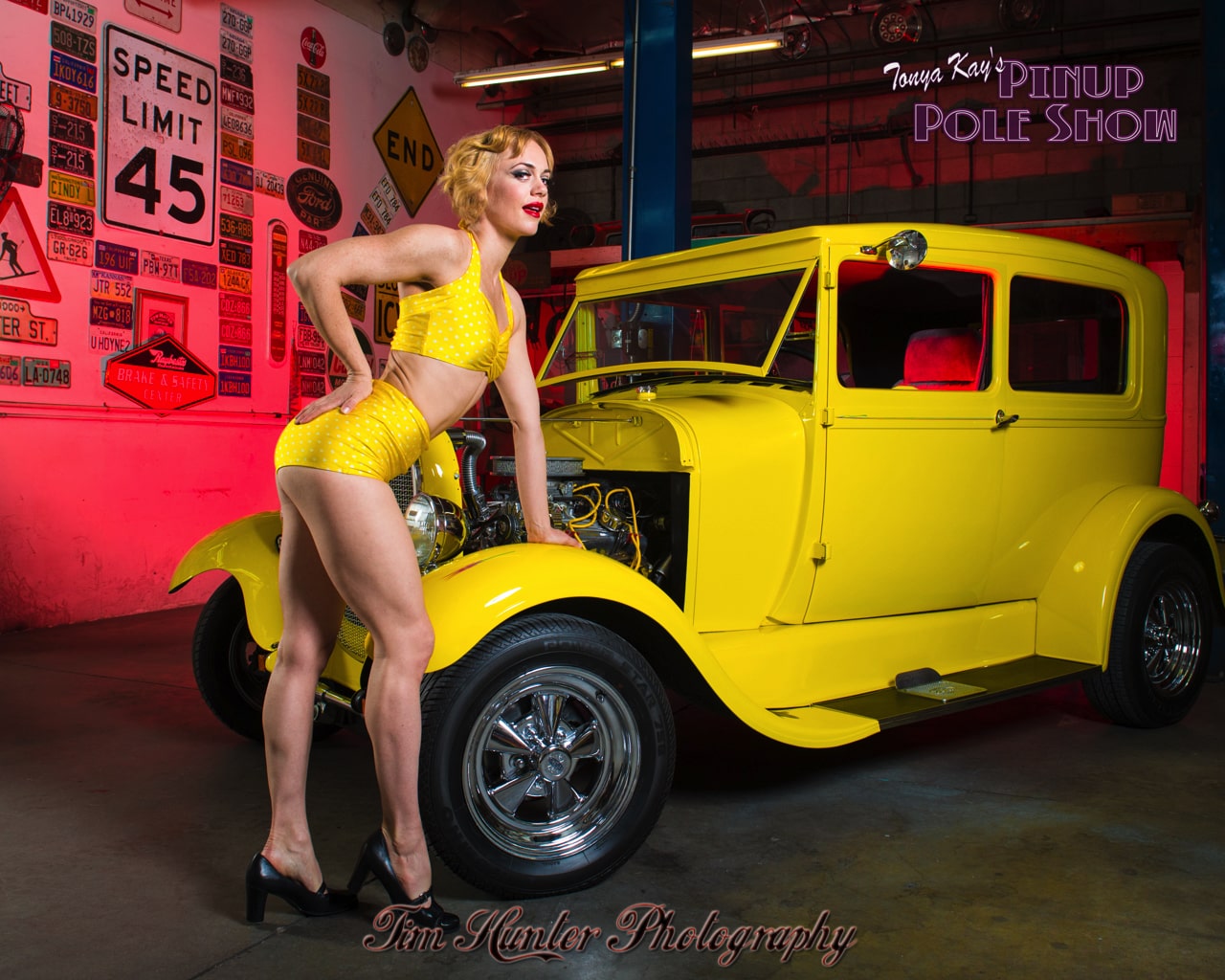 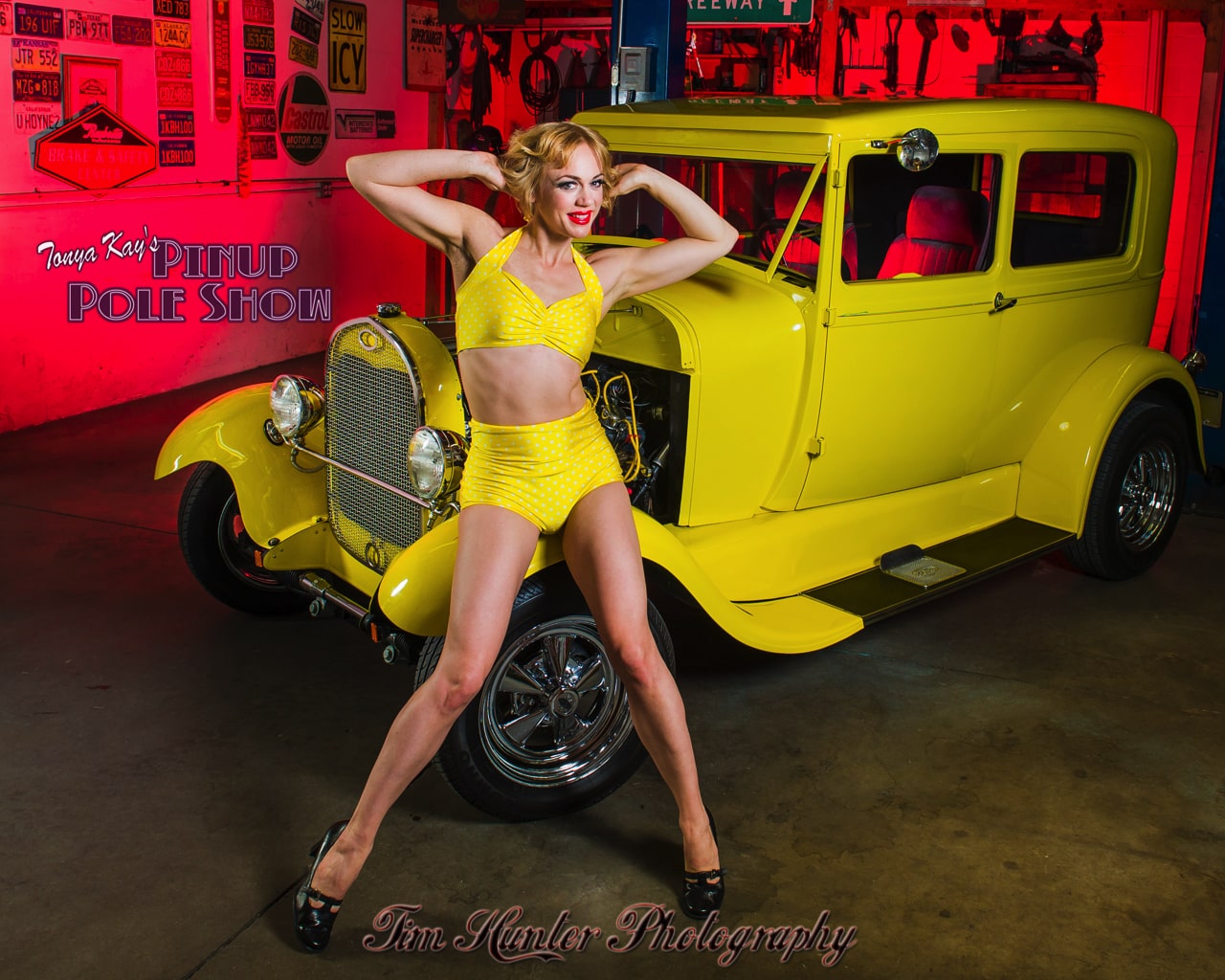 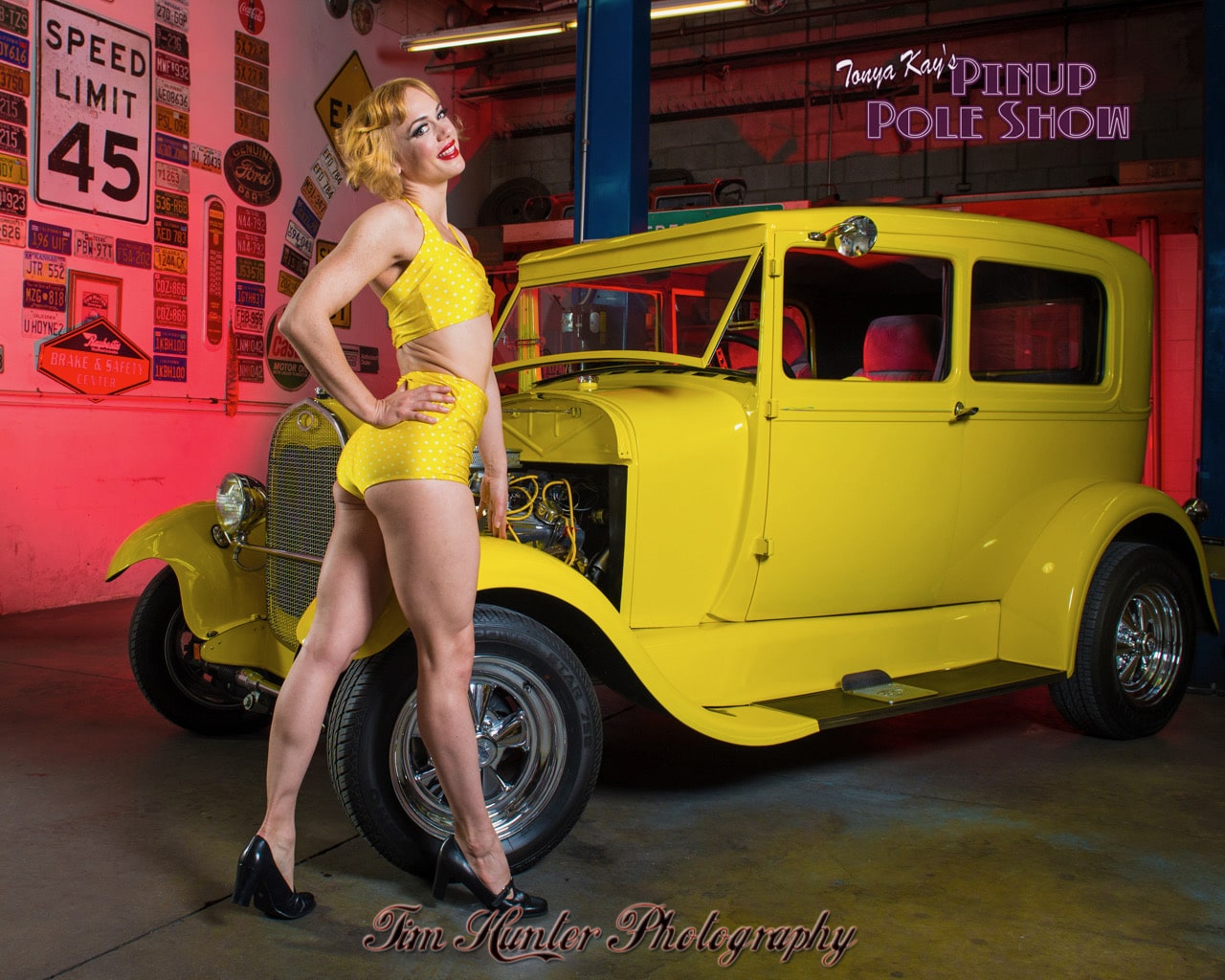 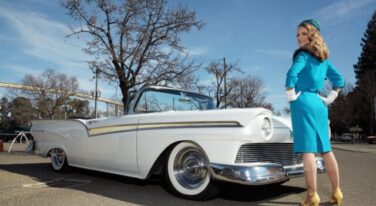 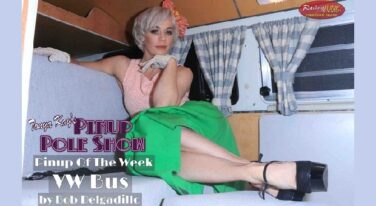 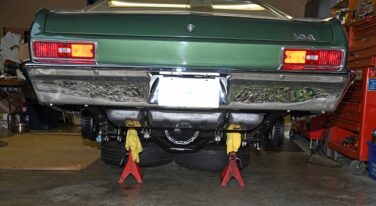 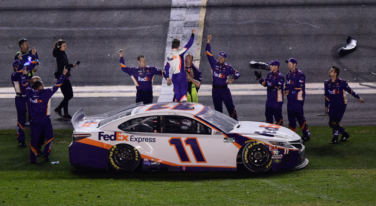 Can a car be a pinup? Well this week’s classic is so cute, I’m gonna call it that! This week’s Pinup Pole Show Pinup of the Week features me, Tonya Kay, posing with one of my personal favorite vehicles, Daniel Cook’s 1929 Ford Model A, TWEETY - a car so good looking, I’m pretty sure we’d all pin it up in our shoppes. Let's talk to this week’s classic car owner, Daniel Cook of Voodoo Disciples cc:

TONYA KAY: What city do you live in and what do you do for a living?

DANIEL: I live in North Hollywood and work at Universal Studios NBC Studio Post as a tape operator. I don’t really dub to tape anymore these days; I put foreign subtitles and foreign audio, HDR SDR archival files, that kind of stuff, for features. I also make Air files for NBC television shows that get broadcasted from the network. I live less then 10 minutes from work so it’s a great commute. I try to drive Tweety to work every Friday and park her right in front of my building, which is along the tram route. I often wonder how many pictures of Tweety have been taken from the tram...

DANIEL: My first car was a '77 Ford Fairmont. It was Tennis White with a tan vinyl top and Tan interior. I had it for two months; then I got a '67 Ford Mustang Fastback.

TONYA KAY: How did Tweety come into your world?

DANIEL: Tweety came into my life about five years ago when I was in Oklahoma for my grandfather’s funeral. My uncle and grandpa actually built Tweety in '92 to help keep my grandpa's spirits up after my grandma died. Tweety was just sitting in my uncle's garage. She was parked next to a couple barn find 50’s Ford Victoria Crestlines and my aunt's Thunderbird. I really hadn’t seen my uncle since I was a little little kid; none of my cousins had the inkling to pick up a wrench, so when I offered to give him a hand bleeding the brakes on my aunt's T-bird we hit it off. He started talking about putting Tweety on eBay motors to see what he could get for her. I said, "No, I’ll take it off your hands!" By the time we had the brakes done he said, “Ya know what Daniel? The yellow is going to look mighty fine in the California sunshine." A year later, it was in California.

TONYA KAY: What other classics have you owned?

DANIEL: Other classics I have owned or own... I had a badass 1967 Ford Mustang Fastback when I was 19. I took Julia to her senior prom it. It was “diamond white pearl” with styled steel wheels and a 3 speed manual transmission, 289 small block sleeper with Melling torquer cam, black camera case interior. I ended up selling it about six months before the Angelina Jolie Nicholas Cage remake of 'Gone in 60 Seconds' and I’m still kicking my own ass for selling it. A couple years ago I bought two Ford U.K. Thames - a 1948 in parts and 1959 that at least had wheels and an engine. I’ve been slowly getting parts for the '48. The '59, I’ve been redoing everything that was done wrong. I’ve redone the brakes, fuel lines, rewired it... it had an electrical short which literally took a month to track down. I took it for a test drive the other day and it started pouring oil out from oil sender to the pressure gauge. So I’ve got to fix that and hit it with the timing gun again, and then I think it’s ready to start driving around. People don’t know what they are seeing when the '59 Thames rolls down the street; with a Chevy 350 and being short piped, it's loud and so unique looking. It’s so small it’s like driving a go kart.