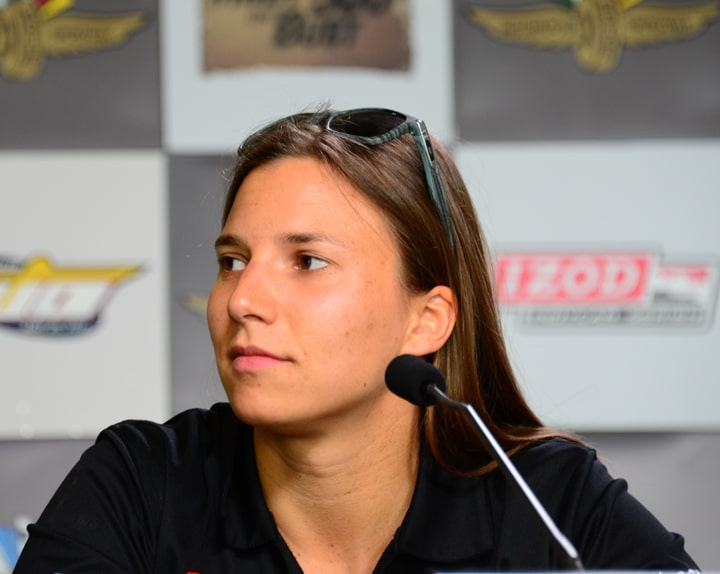 Earlier in the week, the FIA announced a new spec series for women hoping to attain open-wheel chops, aiming toward Formula 1 or its ancillary series. The W Series’ ideology may appear to be gracious at first glance, but an all-woman series segregates females from men and doesn’t truly give them the opportunity every open-wheel aspirant needs: the ability to race against others attempting to get to that highest rung on the racing ladder.

There are no issues with women racing men in NHRA; in fact, the common refrain there is that the “car (or motorcycle) doesn’t know who’s behind the wheel.” Straight-line racing’s first woman champion was Shirley Muldowney, who raced her dragster against men and beat them. More recently, Angelle Sampey won three Pro Stock Motorcycle titles, Pro Stock racer Erica Enders-Stevens earned two consecutive championships and last year Brittany Force became the first woman in 35 years (after Muldowney) to earn the Top Fuel title. 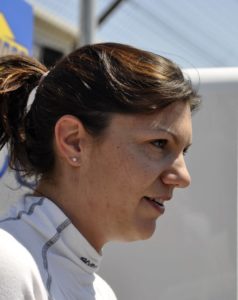 But that’s not been good enough for open-wheel standouts, both in the United States and abroad. While some have earned full-time INDYCAR rides in the past, it’s mostly been a wasteland, with only one-offs by racers like Pippa Mann and Ana Beatriz at the Indianapolis 500 showing the way. Danica Patrick, had she stayed with INDYCAR instead of chasing riches in NASCAR, might have been able to work her way towards a title; her prowess was on display last May at Indy.

Now, four women have the opportunity to beat the men in IMSA, as former driver and current IMSA team owner Michael Shank has determined this is the way forward in the series’ 50th year. Teaming with Heinricher Racing LLC and their partner Caterpillar, Inc. (CAT), Meyer Shank Racing will begin the 2019 season racing for the GTD title in the Rolex 24 at Daytona, together with the 2019 IMSA WeatherTech SportsCar GTD Championship.

The group will enter a No. 57 MSR Acura NSX GT3 race car for Jackie Heinricher, a U.S. Air Force veteran and founder of successful biotech company BooShoot. She’s joined by MSR standout Katherine Legge, who has raced in the Atlantic championship, Champ Car, INDYCAR and IMSA, and who is currently in the hunt for the 2018 GTD championship (with co-driver Alvaro Parente) in the No. 86 MSR Acura NSX GT3. Legge and Heinricher are the full-season racers for Heinricher/MSR/CAT.

In addition to its full season IMSA WeatherTech campaign, the team is targeting the 87th running of the 24 Hours of Le Mans. MSR last raced and led laps at Le Mans in 2016, competing in the highly technical and competitive LM P2 category. 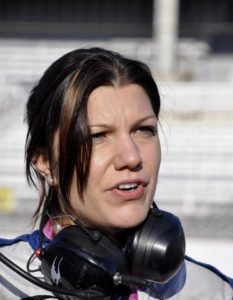 “This is truly a groundbreaking effort for next year, not only for us as a team but for the series as well,” Mike Shank, owner of MSR. “It’s great to have Katherine (Legge) back with us, she has been doing great this season as we fight for the championship.

“I also want to thank Jackie (Heinricher) for developing the Caterpillar partnership and we are excited to have her on board. Simona (De Silvestro) and Bia (Figueiredo) are also very strong talents, and hopefully with them all joined together we can make a statement next year.”

The statement Michael Shank wants to make is that he’s hired exceptional drivers. “It feels great,” said Legge. “I have always wanted to do something like this to show the appeal of racing to a wider audience.” Added de Silvestro, “All of us girls have a lot of credibility and I think it will be quite exciting.”
Figueiredo, who has worked with both Legge and de Silvestro during her INDYCAR career noted, “The MSR team is always fighting for wins and championships in IMSA and I am sure they will do the best they can to get this girl power team in high positions.”

Amateur racer Jackie Heinricher’s vision “has long been to bring together a diverse team of four female drivers. With the support of CAT, I get to see my long-held vision become reality. Heinricher Racing LLC will continue to build upon this innovative racing program with the exciting addition of development driver Loni Unser,” she concluded. This is the proper manner to introduce more competent women racers to the higher echelons of competition. It’s best for both men and women to race together. The only way other racers will realize this is an all-female driving team is through the car number and the bright yellow/black colors of Caterpillar. There’s no segregation involved here, which is the way it should be. 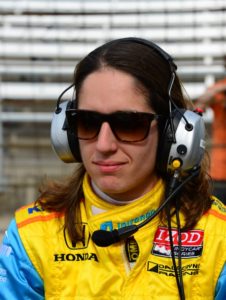 On another note, Shift Up Now brings three women drivers to the USAF NASA 25 Hours of Thunderhill to compete. Shift Up Now, led by businesswoman and racer Lynn Kehoe, hired professional sports car racers Ashley Freiberg and Shea Holbrook to join INDYCAR veteran Pippa Mann racing a 1989 Consulier; other amateur drivers will be determined before the December event.

The new W Series might get more ink for its ties to F1, but the fact that Heinricher/MSR/CAT is putting women out front to race in the most competitive category of WeatherTech racing, while Shift Up Now casually showed off its three top-line racers in a competitive entry is far more seductive to those that follow motorsports.  Might it be better for those people bringing W Series to the world stage to, rather, give accredited women the best opportunity to compete against men, as these two efforts propose to do?