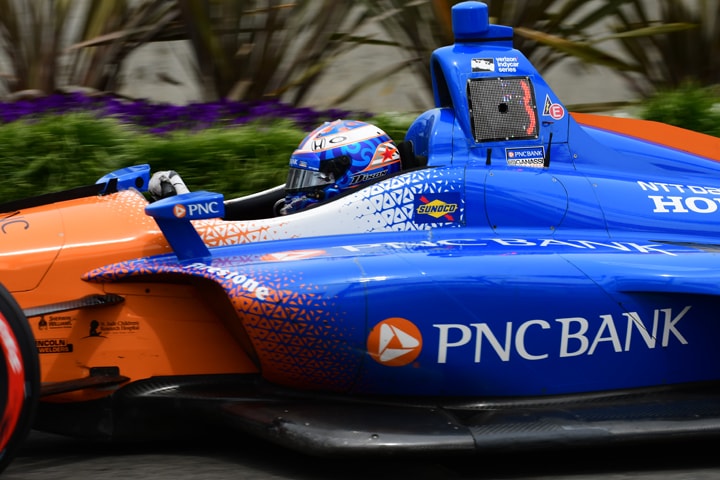 There have been rumors all summer long about the future of Scott Dixon, the Verizon IndyCar Series driver now third on the all-time victory list, with 44 wins in hand behind only legends A.J. Foyt Jr. (67) and Mario Andretti, who has 52 wins.

The Indy-based 38-year-old Kiwi, in his 17th season racing with Chip Ganassi Racing, has said all summer that he had options for his immediate racing future. The question was, would he let go of a substantial team surrounding him to test the waters, or did he realize the grass isn’t always greener on the other side of the fence?

The “Iceman”, as Dixon is known for his smooth, unbreakable demeanor behind the wheel played it cool and made his decision to sign a three-year contract extension with the Ganassi team that will see him in his record 18th season behind the wheel of the No. 9 PBC Bank Honda in 2019. Dixon currently leads the points standings (by 46) as the series heads to Pocono for its second-to-last oval contest of the 2018 season. 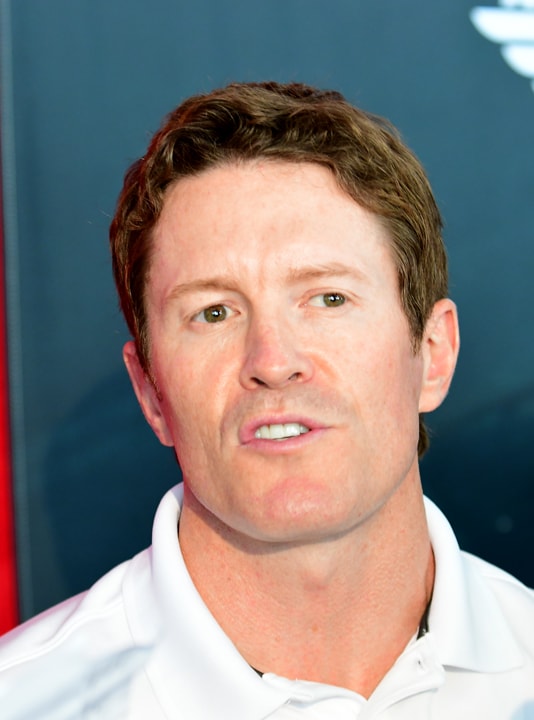 Often referred to as the best racer of his generation – although it’s hard to figure out what generation Dixon actually belongs to – Scott recently reached the 300-race plateau at Mid-Ohio and is the youngest to set that milestone, joining Foyt, Andretti, Al Unser and Al Unser Jr., Johnny Rutherford, Michael Andretti, Tony Kanaan and Helio Castroneves. Of this group, only former teammate Kanaan still competes at a similar level to Dixon.

Ganassi first signed the now four-time INDYCAR champion in the middle of the 2002 season, after the squad he worked in his Indy Lights championship year of 2000, PacWest Racing, closed its doors. Did Chip Ganassi see a spark at that point or did he make a wise choice, as Ganassi seems able to do? “To think that anybody saw what I think would be, maybe his agent saw it or his wife, but I sure didn’t see it.

“But he’s developed,” Ganassi noted. “That’s probably the nicest thing about Scott, is we’ve been together and we’ve all grown in that period of time. I don’t think anybody could have grown into a better person than Scott Dixon. Whether he’s a racing driver, a family man, a wife, a father, brother, son. Whatever you want to call him. You can put a lot of monikers on a guy when you’ve known him for so long. There’s a million monikers that make up the man. Nobody had any idea he could do what he’s done in terms of the win column.”

Dixon, in 2018 is seeking his fifth INDYCAR title. The first one came in his first full year for Chip Ganassi Racing, in 2003 in the all-oval IRL series. This year, with the new UAK18 aero kit, it’s been a new adjustment for everyone on the Indy car trail. Scott Dixon always appears to start the season slowly, then ramps it up as the year progresses. “A few races throughout that early portion we either missed a little bit and it’s obvious the competition level and how hard it is, you end up missing by a lot.

“When you look at [the season] points-wise, we’re in a strong position, but it doesn’t guarantee you anything. It’s definitely time for us to all put our heads down and make sure we get the most of it and get as many points as we can coming into Sonoma,” the season closer and a double-points contest. “I’m excited for the end of the year, excited that we’ve got a lot of this talk stuff out of the way and can really focus and go for the fifth championship, the team’s 11th or something like that?”

There were other teams with substantive interest in Dixon’s services, some in the idle talk stages and others with, as he termed, “moderate discussions going on. I have a long history with Chip. I respect him for what he does and what he’s done for me, for the team and what we’ve achieved together. If there’s something rock solid, something that I think we need to talk about, I’m going to him first, we’re going to discuss it and see what we can work out.”

There were discussions, though, between Dixon and those other teams. His manager, Stefan Johansson, “probably had many more. There is a lot of hearsay and a lot of fluff that sometimes goes somewhere, sometimes doesn’t. To be honest, it was a usual situation that we’ve gone through over the past years, but this year was definitely – there was a lot more hearsay and a lot more rumblings and different things. If there was something that we needed to confront or talk through, that was going to be the situation,” Dixon allowed.

Dixon, now with a three-year extension in hand, heads for Pocono this weekend, looking forward to the final superspeedway oval race of the year. “Pocono is definitely the tricky triangle; it’s very difficult to get 1 and 3. It takes a lot of compromise to have a successful race there, or even a car that’s not too difficult to drive, so I expect it to be pretty similar to last year.”

He doesn’t think that pack racing will take over for this weekend’s ABC Supply 500, with the race downforce “probably a bit lighter,” he said after talking to those that have recently tested. “The track has got a little more character, too, a few bumps here and there and that should make it interesting. I expect the racing to be good; I expect our team to be good. This is probably the most similar configuration that we have to Indianapolis,” where Dixon finished third behind Will Power and Ed Carpenter in the 102nd Indianapolis 500, both driving Chevrolet-powered cars. Dixon was the best Honda finisher this year.

Both Ganassi and Dixon are enthusiastic about the direction of the IndyCar Series. “I was at the NASCAR race yesterday Michigan, and I walked back to the motor home and watched TV for maybe 50 laps. Right in the middle of the NASCAR broadcast is an INDYCAR ad with Scott Dixon in it. I think it’s on an uptick right now, and I think the fact that we have new sponsors (including PNC Bank on Dixon’s car) coming into the sport is a feather in the sport’s cap. We’re happy about that,” Ganassi said.

“To be honest,” Dixon acknowledged, “In pretty tough times across sports in general, I think [INDYCAR] is moving in a very positive direction compared to a lot of others, with the talk of different races coming on, the ones that they’ve been building on and resurrecting. I think the racing – for me, and I’m going to be biased – INDYCAR racing is the best racing in the world. With the different disciplines, what it takes to win a championship, to the biggest race in the world, the Indianapolis 500. As soon as you get somebody to see it, they’re really locked in. For me, it’s definitely a really positive time.”