This weekend was another split venue weekend for NASCAR, with the trucks and Cup competing at Michigan International Speedway while the XFINITY Series hit the road course at Mid-Ohio for the Rock n Roll Tequila 170. Brett Moffitt earned another hard-fought win Saturday afternoon at Michigan in the NASCAR Camping World Truck Series 200. Later that afternoon, Justin Allgaier had a great day at Mid-Ohio in the XFINITY Series. Sunday – well, Sunday’s Consumers Energy 400 was Kevin’s day to play – again.

Bursts of Awesome Racing from the Trucks at Michigan 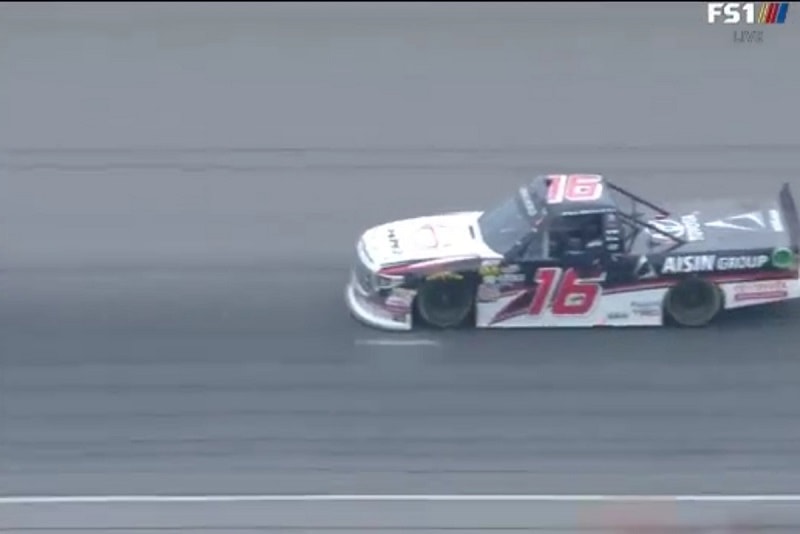 NASCAR’s truckers put on a great show Saturday afternoon. Stewart Friesen drove his Halmar Friesen Racing Number 52 to the first stage win while Grant Enfinger drove his ThorSport Racing Number 98 to the second stage victory. Brett Moffitt was able to hold out for the victory in a race that was marred by only three yellows for contact in his Hattori Racing Enterprises Number 16. Johnny Sauter had another great day with a second place finish while John Hunter Nemechek brought his truck in for a third place finish. 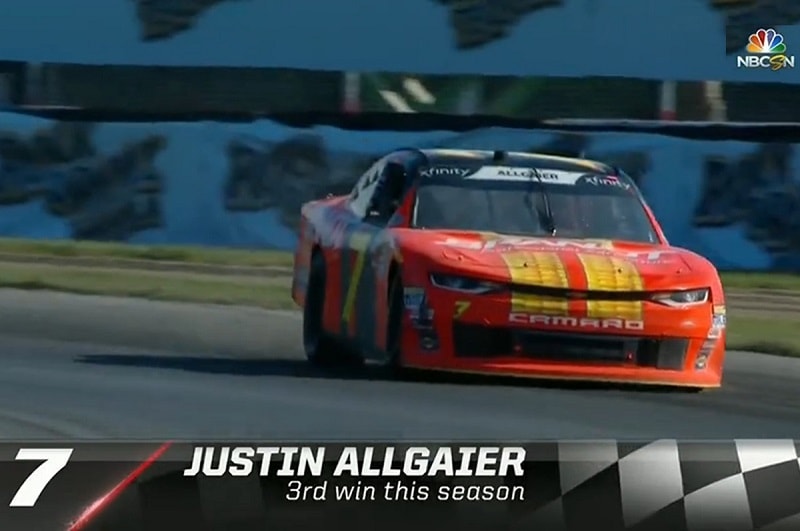 Justin Allgaier qualified his JR Motorsports Number 7 in the top ten for Saturday’s race at Mid-Ohio and other than during pit stops, he never fell far out of the top ten all day. Justin had the car to beat Saturday and proved it quickly by winning the first stage. Pole sitter Austin Cindric was able to hold on for the second stage win. Allgaier regained and held supremacy through the rest of the race for the win, with Cindric not far behind. Daniel Hemric also had a great day, with a third place finish. 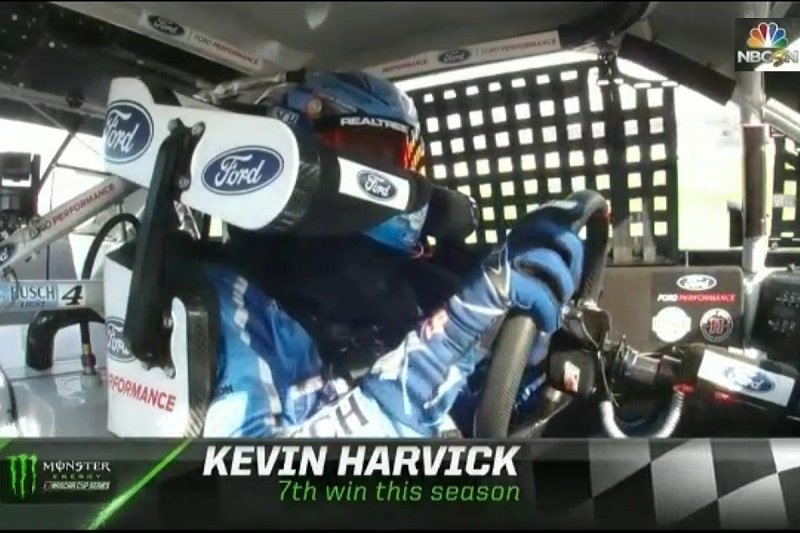 Kevin Harvick swept both stages and the final victory in Sunday’s Cup race at Michigan in his SHR Number 4. The race started to look like it might take on the complexion of a fuel mileage race when both Martin Truex Jr. and Daniel Suárez ran out of gas late in the second stage. Problems on pit road during the ensuing stop ruined Truex’s chances for a top three finish, but he gave it his best effort to have a decent points day. Brad Keselowski drove his Team Penske Number 2 for a second place finish, while Rowdy brought his JGR Number 18 home in third.