As the stars of the NHRA raced their way onto the top drag strip in Seattle, one team drove to the top after breaking a winless streak and achieving two milestone victories in a split second at this weekend’s 31st annual CatSpot NHRA Northwest Nationals. At the 16th of 24 events on the 2018 NHRA Mello Yello Drag Racing Series schedule, three-time Top Fuel world champion and Don Schumacher Racing (DSR) driver Antron Brown was finally able to end a year-long winless streak after earning his 50th Top Fuel Wally trophy at Pacific Raceways. Antron wasn’t the only DSR driver to earn a head turning win on Sunday. On the heels of two consecutive final round appearances, four-time Pacific Raceways event champion Ron Capps defeated Funny Car points leader Courtney Force for his 60th professional Wally trophy. 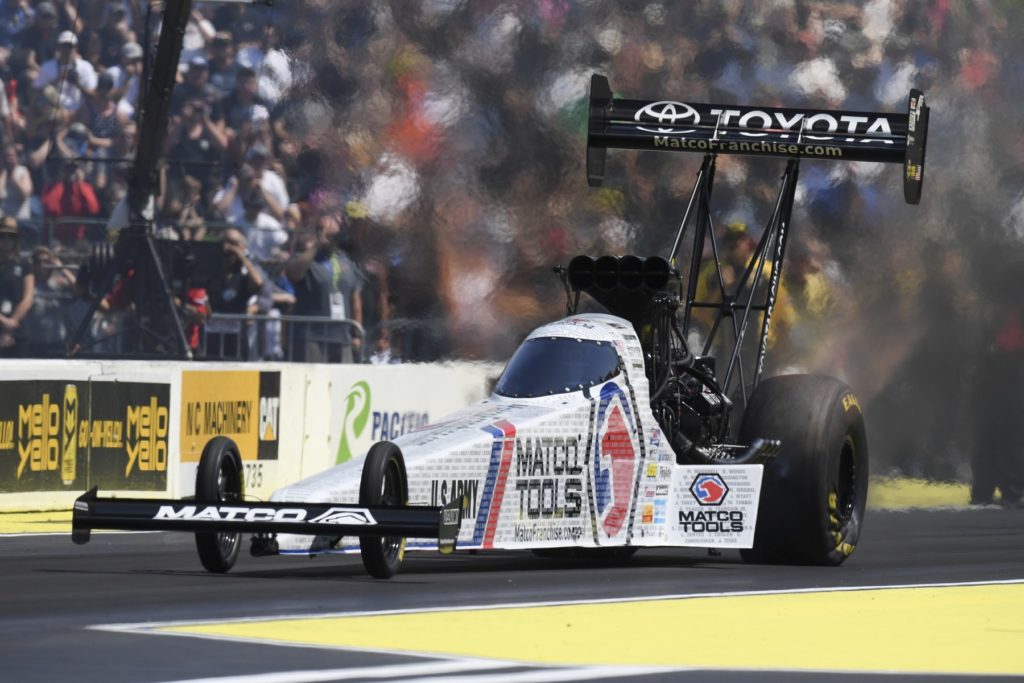 Brown opened the day with a win over Shawn Reed to set up a second-round matchup against teammate Tony Schumacher. Both cars smoked the tires early, but Brown recovered quickly to win the pedalfest. In the semifinals, he faced Steve Torrence in an epic matchup. Thanks to a 0.020-second advantage at the light, Brown held off Torrence to win on a holeshot by 0.009 seconds.

After moving onto the finals against teammate Leah Pritchett, Brown took the immediate lead and earned his third consecutive Seattle victory by 0.0047 seconds for an impressive 50th Top Fuel victory, as well as a break in his year-long winless streak. 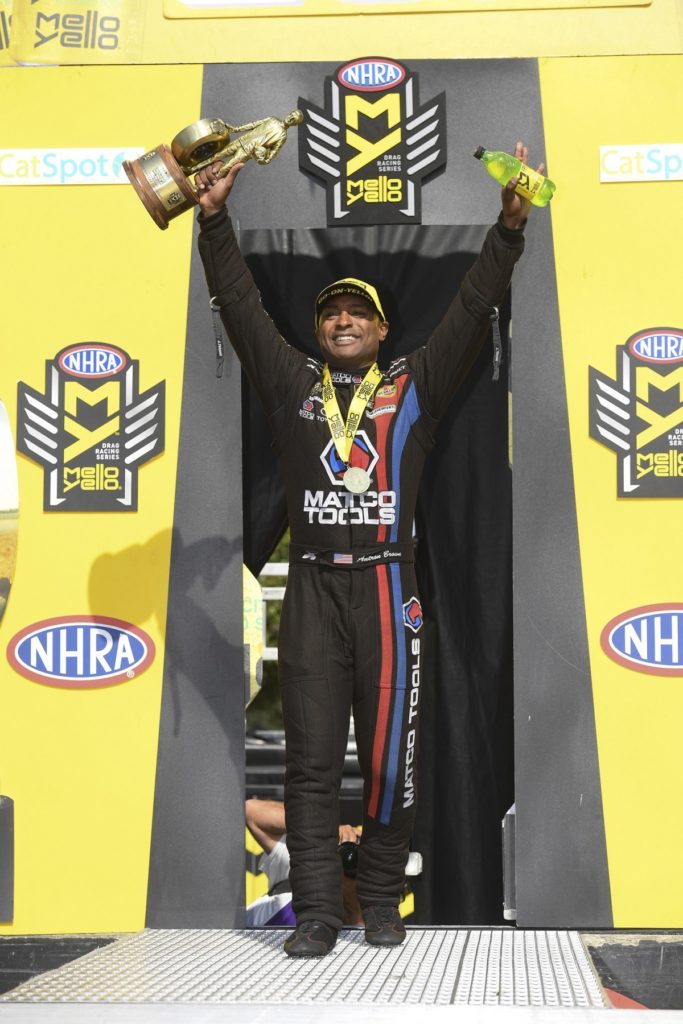 “It is no secret that we struggled at the beginning of the year,” said Brown, who joined Schumacher, Larry Dixon and Joe Amato as the only NHRA drivers to win 50 Top Fuel events. “After losing crew chief Brian Corradi, we have had a lot of changes in our team; as a result, we have had to find a way to gel in new spots and positions. Our main focus has just been to get better every race and learn each other’s habits. Fortunately, it appears that things are coming together, and I couldn’t be prouder of my Matco Tools/U.S. Army/Toyota guys in how persistent they have been throughout this year.”

Of course, Brown will have to continue on this hot streak if he wants to take down current points leader Steve Torrence in the upcoming Countdown to the Championship. 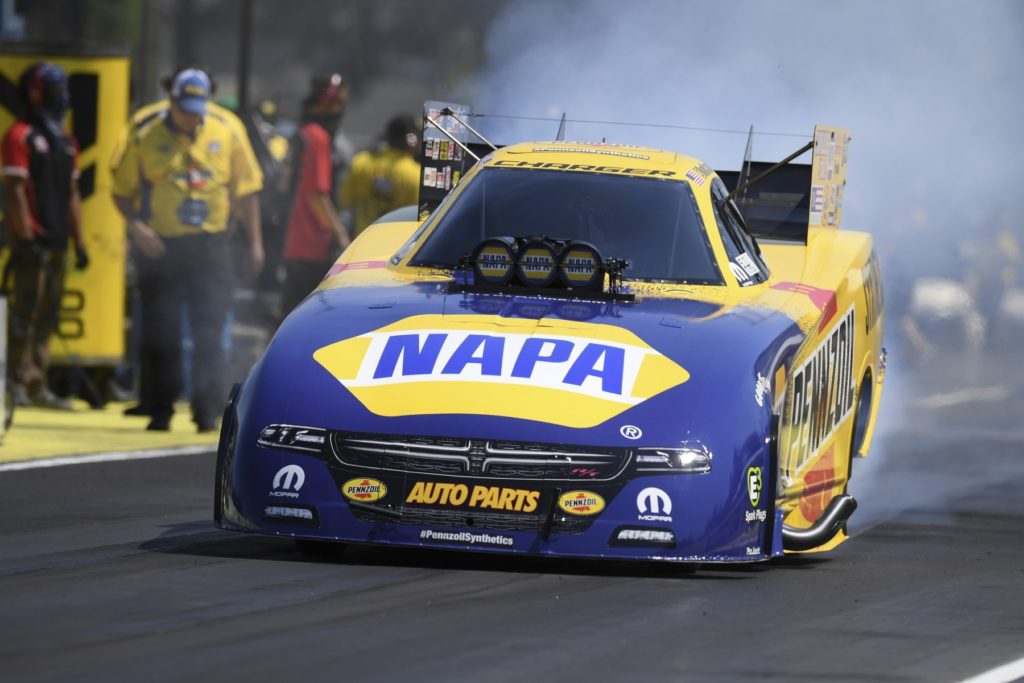 Brown wasn’t the only Don Schumacher Racing driver to earn a historic win at this weekend’s 31st annual CatSpot NHRA Northwest Nationals. Despite qualifying ninth at Pacific Raceways, Funny Car driver Ron Capps defeated Jonnie Lindberg, teammate Matt Hagan and Tim Wilkerson on the path to his fifth final round of the 2018 season.

Although he had to overcome one of the toughest challengers available, the 2016 Funny Car world champion took down Funny Car points leader Courtney Force with a 4.033-second pass at 314.90 MPH to eliminate John Force Racing’s hopes of sweeping the NHRA’s Western Swing, all while earning his fourth event victory at Pacific Raceways as well as his 60th career win.

“It was a nail-biter of a race against Force,” said Capps. “They are the points leaders, obviously and we are trying to make ground up on them, and this win gave us a chance to do just that.”

Thanks to this win, Capps now moves into second in the point standings behind Courtney as he heads to Brainerd International Raceway. 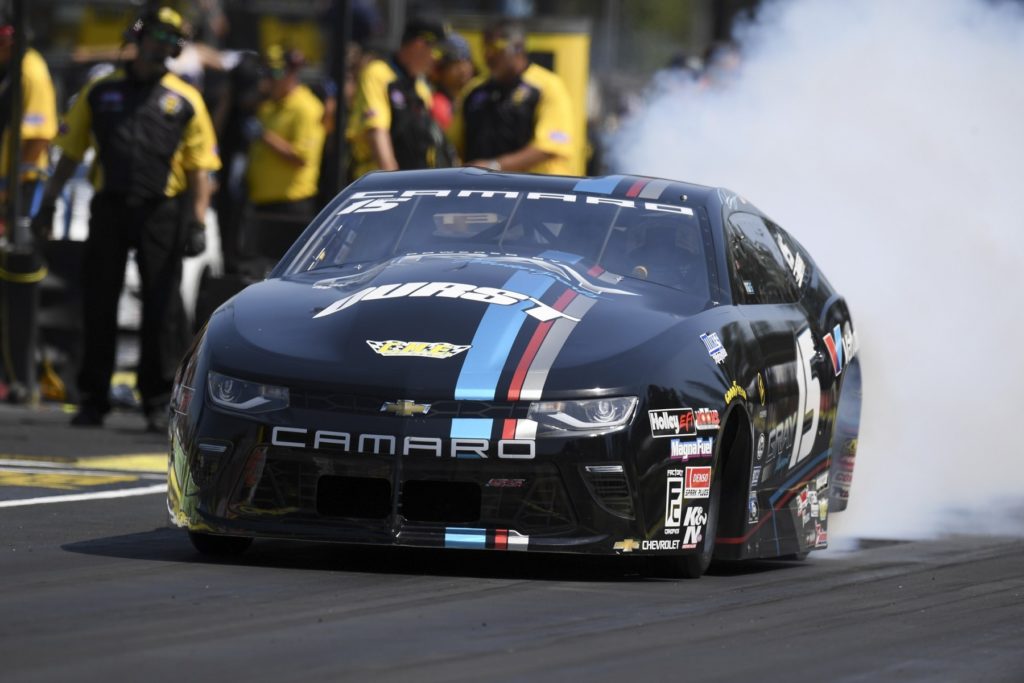 Although a less experienced driver would earn the impressive Pro Stock win at Pacific Raceways, Gray Motorsports driver Tanner Gray became the lone driver in his class to earn four victories on the year. After qualifying fourth, Gray was able to take down Fernando Cuadra, Jason Line and Vincent Nobile before racing his way to the finals against Deric Kramer.

With a 6.632-second pass at 210.05 MPH in his Gray Motorsports Valvoline Chevrolet Camaro the 2017 Auto Club of Southern California Road to the Future Award winner secured his first win at Pacific Raceways.

“Although things started tough on the start line this weekend, my team worked with me through the mistakes and made it possible for this latest win,” said Gray. “All in all we had a great weekend and couldn’t be happier.”

Thanks to this win, Gray secured his position in the Countdown to the Championship playoffs going into Brainerd International Raceway.