Attendance at most major motorsports activities has been falling in recent years, and every sanctioning body subject to these decreases is looking for a rationale. At the same time, all of motor sport has seen reductions in sponsorships, which reduces driver salaries and, after that, crew pay.

In the case of NASCAR, which has experienced more fan and sponsor departure than, perhaps, any other organization, the push-back has been to change rules. Regularly. Where once NASCAR Cup racers would hold a single, definitive competition, they are now subject to stages and their points, races and their points, as discerning who’s running well and who’s not becomes a head-scratcher for all but the most involved fans.

INDYCAR, which has been trying to recover its fan base since the 1996 inception of the Indy Racing League (IRL), finally reunified with Champ Car (nee CART) in 2008, but attendance for all but its marquee competitions – Indianapolis 500, Toyota Grand Prix of Long Beach (TGPLB), newly revived races at Road America and Gateway – has been falling, even as more participants join the series and competition is at its highest level since the early-to-mid 1990s.

As it continues to tout its “sold-out” dates at many venues this year, NHRA’s drag racing fields continue to shrink, not expand. And with the announcement earlier this week that the U.S. Army is leaving both NHRA and Don Schumacher Racing, where it has a large presence with all three of DSR’s Top Fuel dragsters for Tony Schumacher, Antron Brown and Leah Pritchett, there’s a huge void to fill, both on the manufacturer midway and on those very expensive dragsters.

IMSA, which has no true television presence, has a good fan base that regularly shows up to watch racing and get stupid crazy at its biggest competitions: Rolex 24 at Daytona; Mobil 1 12 Hours of Sebring; Motul Petit Le Mans. The fans come to party, see exotic racecars in action and show off their own, branded machines. Television is an after-thought; new fans are made, it seems, strictly through family and friend participation. 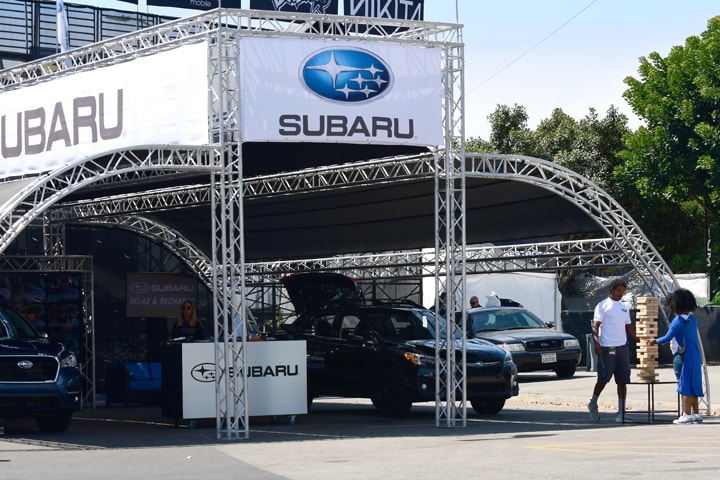 INDYCAR is losing its naming sponsor at the close of the year as Verizon departs; it’s unknown how long Monster will stick around at NASCAR. And just this week Tequila Patron announced it’s leaving both the Extreme Speed Motorsports (ESM) team and IMSA, the International Motor Sports Association. Tequila Patron sponsors both the team and the series’ North American Endurance Championship through to the close of the 2018 season.

That’s only the beginning for these mainstream motorsports activities. They’re not appealing to youth who have grown up with minute-to-minute types of entertainment. Entire days spent at a racetrack require more than racing for many younger fans. Sitting and watching isn’t the way anymore.

So what’s the answer? Smaller competitions at smaller venues can help make an event more of a festival. Formula Drift manages to do this by opening its doors to the public once the preliminary function of practice is complete. The tracks are small, the venues limited, the distractions plenty for fans of Formula Drift. They can wander the paddock before, during and after competition; the events themselves are quick, with little downtime – and when fans leave, they don’t have to contend with 100,000 as they might at a major motorsports event.

So should racing “think small?”

A few weeks ago, I attended the Dew Tour Long Beach, a skateboarder’s dream that had a variety of judged competitions on a newly-constructed pair of “parks.” The Tour invited audience participation in skateboarding (there were venues within the venue) and had competitions that play both to television and to those watching from small grandstands surrounding the circuits. True, it’s not motorsports, but it’s competition between athletes, judged much like Formula Drift is judged. 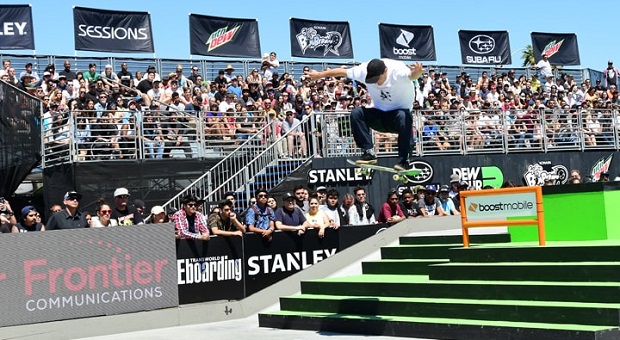 There was intense manufacturer interest throughout the venue, held in a small portion of the parking lot that serves as part of the Formula Drift and TGPLB paddock every spring. Subaru in particular embraced the Dew Tour and youth activities; one of its display cars had “carpool karaoke” backseat activity; there were building blocks at the display entry for kids to play with and sofas provided a getaway from the everlasting California sunshine.

As expected, Mountain Dew had a big display (although not as large as Subaru’s or Army’s interactive settings), as did telecom firms Frontier Communications and Boost Mobile, tool-maker Stanley, Otter Pops, Vans “Off the Wall”, Red Bull and various shoe and clothing companies. The Dew Tour also celebrated earlier competitors and board artists throughout the two-day meeting, with the veterans taking skate time on both courses.

Will racing work in a smaller environment? Would it be more attractive to large companies like those cited above? Is television more important than having good attendance these days? Those are some questions that come too mind after seeing empty grandstands, diminishing returns from partners and stagnant sanctioning bodies that are performing “the way we always have.”

14 Comments on Should Racing Think Small?