There’s always a sizeable military presence at every NASCAR weekend, but there are two races on the schedule where this is especially in evidence. This weekend’s Coke 600 at Charlotte Motor Speedway was the first of these races this season. Brad Keselowski held off a late threat by Cole Custer for the win in the Alsco 300, a race that was otherwise dominated by Kyle Busch. Rowdy continued this trend on Sunday by thoroughly dominating the Coca-Cola 600. 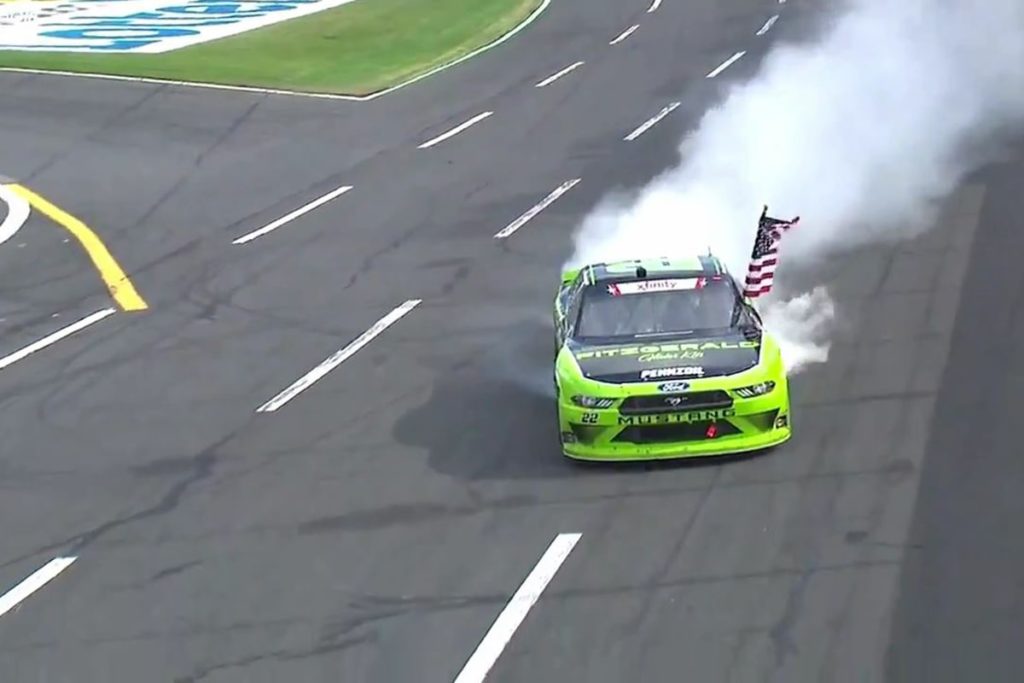 Kyle Busch was the dominant driver in Saturday’s Alsco 300. However, he was taken out of contention in a late race incident and was still fighting his way through the lead lap field when Cole Custer tried to take his Stewart-Haas Racing Number 00 to the lead past Keselowski after a late race caution. Christopher Bell had another strong run with a third place finish in his Kyle Busch Racing Number 20 to third.

There were a total of 13 caution periods. Number 11 fell when there were two laps to go and a large piece of debris was spotted on the track. The final caution fell as Keselowski and Custer were fighting each other for the lead on the last lap. The flag fell as Keselowski was coming out of Turn 4. Elliot Sadler also had a great finish: After starting and spending most of the race mid-pack, Sadler was fighting Custer for third with three to go. The Alsco 300 was one of the most exciting races this season with drivers taking it three and four wide, especially during the latter half of the race.

Rowdy Embarrasses the Field in Coke 600

Sunday’s Coke 600 was split up into four stages and was one of the best races yet this season. Except for first place every position was heatedly contested throughout the race. Although there was plenty of passing in the field, there were only four leaders and nine lead changes throughout the race, most of those occurring during and after cautions.

Kyle Busch was scarily dominant throughout the night, leading 377 of the 400 laps and capturing all three stage wins plus the checkered flag in his Joe Gibbs Racing Number 18. Busch took the lead in laps led at Charlotte, finishing the race with more than 1,400 laps led at Charlotte. Although he has eight XFINITY wins and seven Camping World wins at the track, until Sunday he had never won a points race at Charlotte. There are now no tracks on the NASCAR schedule at which Busch does not have at least one victory in Cup.

Oh. Yeah. There were 39 other cars on track Sunday night. Besides Kyle, only eight of them managed to finish on the lead lap. Martin Truex Jr. in the Furniture Row Racing Number 78 scratched out a second place finish while Busch’s JGR teammate Denny Hamlin brought his Number 11 in for third place.