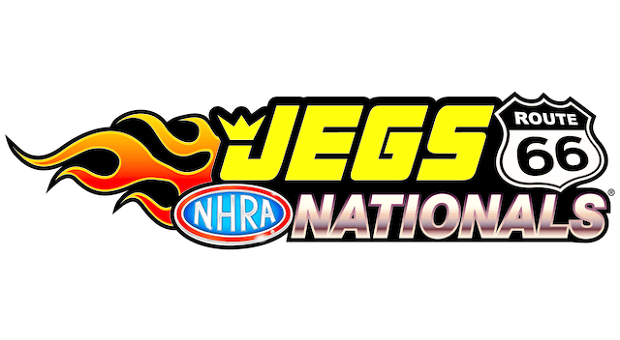 JEGS and the NHRA have reached an agreement, naming the high performance auto equipment retailer as title-rights sponsor for the NHRA Mello Yello Drag Racing Series event at Route 66 Raceway, just outside Chicago. The newly-titled JEGS Route 66 NHRA Nationals will run May 31 – June 3 and will include high-speed competition in all four professional categories.

On June 2, the JEGS Allstars specialty race-within-a-race will take place, pitting the top points earners from NHRA’s seven geographic divisions of the NHRA Lucas Oil Drag Racing Series and four Top Alcohol regions against one another in the climax of a points battle a full year in length. Competitors in Top Alcohol Dragster, Top Alcohol Funny Car, Comp Eliminator, Top Sportsman, Top Dragster, Stock Eliminator, Super Comp, Super Gas, Super Stock, and Super Street will compete for both team and individual honors, and of course a share of the $124,000 purse.

“JEGS has been involved with the sport of NHRA drag racing for decades and we are excited to have them on board as this iconic event celebrates its 20th year,” said Brad Gerber, NHRA vice president and chief development officer. “JEGS supports NHRA in a number of ways including the long-standing sponsorship of several drivers in both professional and sportsman categories.”

“At JEGS, our history and tradition in motorsports, especially with the NHRA, goes back to our founding over 50 years ago,” said chief executive officer of JEGS Automotive, Inc., Jeffrey R. Hennion. “We are excited to announce this broader partnership with the NHRA both at the JEGS Rt. 66 NHRA Nationals and with a broader, enhanced media relationship supporting NHRA national events throughout the year. We look forward to helping to make the JEGS Route 66 NHRA Nationals a memorable experience for all race fans, including all those competing in the JEGS All-Stars.”

The JEGS Route 66 NHRA Nationals will be the ninth of 24 events on the NHRA Mello Yello Drag Racing Series, and will be televised on FS1. It’s also the first of four consecutive events, which could prove vitally important for NHRA teams chasing titles.