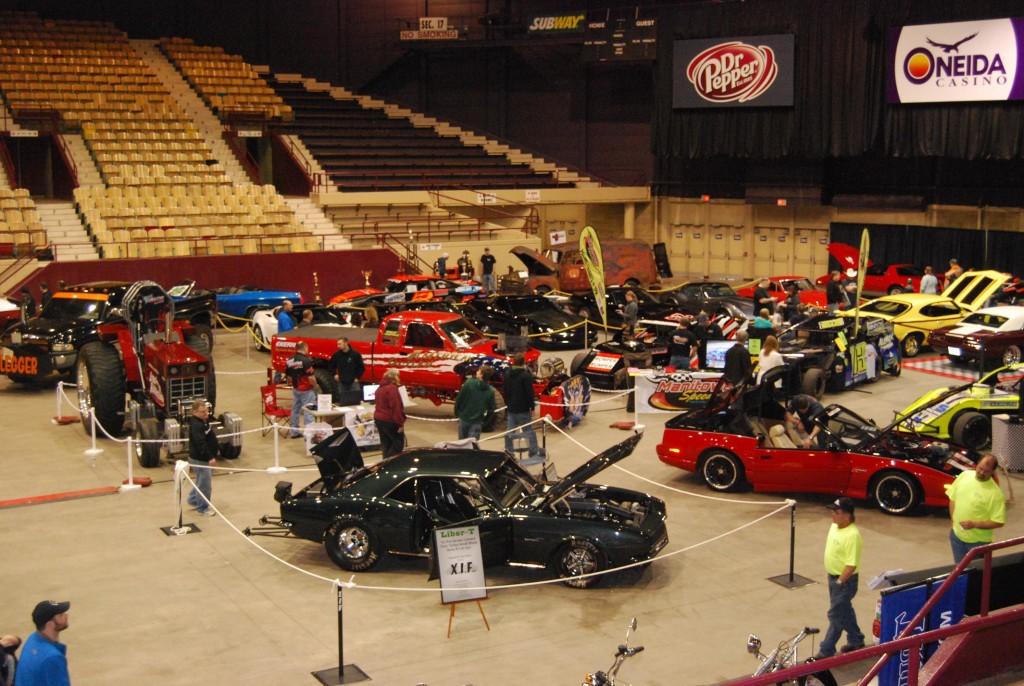 Metal shaping artists Ron Covell, Dave Byron, and Matt Schmiezer conducted seminars on how to form sheet metal into hood scoops, hubcaps and other components. Covell said he started his career building dragster bodies in California. Kids were able to build their own metal racing car with help from members of the Freedom High School Auto Club.

The pin stripers and panel beaters drew big crowds, especially when panels and pedal cars striped by experts were raffled off for a breast cancer awareness group. One of the pin striped pedal cars sold for over $500.

Personal appearances by Rachel De Barros of “All Girls Garage” and Ryan Evans of Las Vegas based Counts Kustoms drew long lines of spectators wanting advice on their projects and autographs from the cable TV stars. TV star Jimmy Shine was visiting Green Bay and showed up unannounced.

Fans of all types of racing had a lot to see at New Motorama, with racing cars on display and area tracks setting up booths to promote their race dates. Road America brought an Indy Car and author Joe Verdegan was signing copies of his book Life in the Past Lane, which focuses on local racing legends. Off-road racer Johnny Greaves was on hand to meet and greet fans. On Saturday night, the Automobile Gallery in downtown Green bay hosted an exhibitors’ party.

Show organizer Rick Paulick said that even thought the show grew in size, move-in operations went smoothly despite two inches of rain on Thursday and Friday. The Saturday crowd was uch larger than in 2015 and put a smile on Paulick’s face. He said his exhibitors were looking forward to a big weekend.