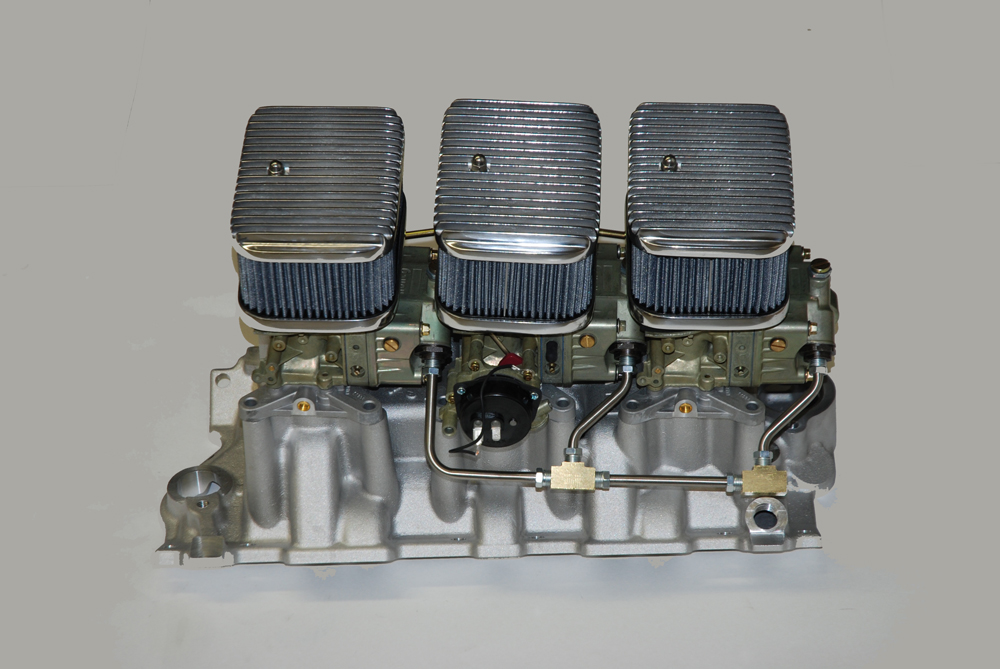 In our last issue, we took a look at the two-barrel carbs used on Holley’s latest small block Chevy tri-power.  We examined the real CFM ratings of the respective carbs (when you do the math, they’re certainly not as large as reported elsewhere) and we also looked at the external features and adjustments found on the carburetors.  This time around, we’ll open up with the carbs and have a peek inside.  As mentioned previously, there’s no hocus-pocus with this system.  These carburetors are standard Holley fare.  That means if you’re familiar with Holley carbs, then you’ll be very comfortable with virtually all of the internal pieces.  Equally important, this also means the carburetors are very easy to tune and at the same time, tuning hardware is easy to find (plenty of hot rodders will have this stuff in their garages).  Here’s a look inside:

Both end carbs and the center carb make use of a conventional dual feed cathedral style float bowl (the same layout that is found on all Holley high performance carbs).  The bowls on each carb are affixed with four capscrews fitted with late model style nylon sealing washers.  FYI, the capscrews are the later style that simply mandate a 15/16-inch nut driver for removal.  The fuel inlet on each of the fuel bowls is a standard Holley cathedral bowl arrangement, fitted with a bronze fuel filter (behind the fuel inlet) on each bowl.

The float on all three bowls is a conventional design manufactured from brass.  Meanwhile, the needle and seat setup is a basic .110-inch job (adjustable from the outside to allow for float height changes).  Jetting differs on the carbs.  The end carburetors have the jetting fixed at #70.  Meanwhile, the primary center carb is fitted with a #65 jet.  The primary carburetor has a 6.5 power valve while the secondary carbs make use of a power valve block (which screws into the metering block).  Essentially this makes for easy-peasy tuning.

The pump cam is a standard 30-cc job on all three carburetors while the pump cam discharge nozzles (shooters) are #31 jobs affixed with a very standard (solid) shooter screw.

Finally, you’ll find that the throttle plates aren’t profiled and they don’t use low profile “slabbed” screws for attachment.  There are no real hardcore race parts here folks.  There’s a good reason for this: This is a very streetable carburetor package engineered to be user friendly and easy to work on for the average guy.  In the next issue, we’ll dig into the linkage along with the fuel line.  We’ll also provide you with some setup tips.  Watch for it.

Meanwhile, for a closer look inside the carburetors, check out the accompanying photos: 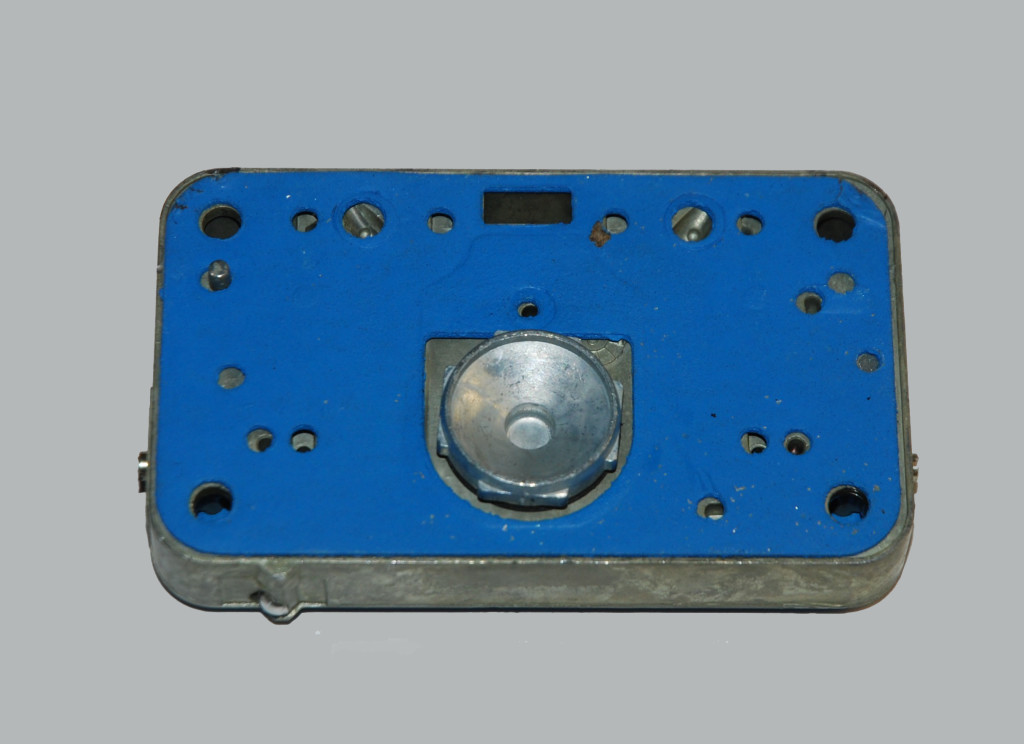