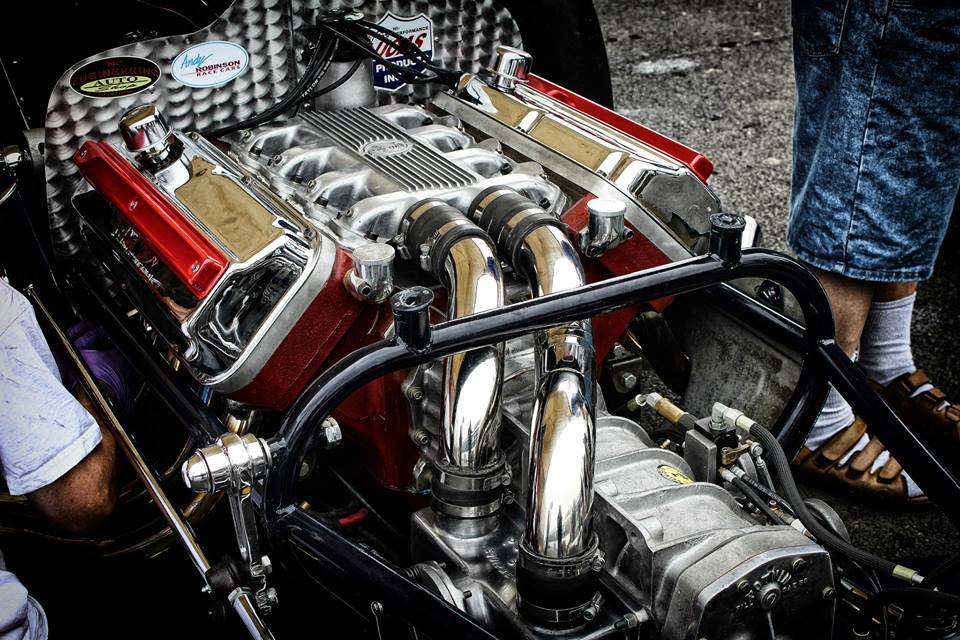 The British Drag Racing Hall of Fame (BDRHoF) is pleased to announce that the 2015 BDRHoF Lucas Oil Global Achievement Award will go to FCA US LLC’s Mopar brand for the role played in drag racing by its famed HEMI® V8 engine. The crystal trophy will be presented at the 2015 BDRHoF Gala Awards Dinner being held at the fabulous Savill Court Hotel, Windsor Great Park, United Kingdom on November 21st and Mopar representatives will fly in from Auburn Hills to receive it.

“We are very proud of our history at the strip and thrilled that the HEMI engine has been recognised by the British Drag Racing Hall of Fame in this fashion”.

“Our involvement in drag racing over the years has fed our production development as well, and still does. The strip and the street are forever linked together in Mopar’s DNA”.

“We look forward to meeting UK-based Mopar and HEMI engine enthusiasts in November and accepting an award that will have pride of place back home in Auburn Hills.”

“The 2015 BDRHoF Gala Dinner has been made even more special with the honour of presenting this award to a company that has been at the forefront of the quest for improved drag racing performance since the beginning. The HEMI V8 engine has achieved legendary status within our sport and, with this year marking the 65th anniversary of the engine first being available on production line cars, it is even more special. It will certainly be a night to remember”.
The 331 cubic inch Chrysler Firepower HEMI engine was first offered on production cars in 1951. The 1951 Chrysler New Yorker convertible (Photos allpar.com and Schmitt.com)

It was the autumn of 1950-51. Rock ‘n’ Roll had not been invented and Goodnight Irene was on top of the Billboard Music Charts, along with The Third Man Theme. If you attended the cinema, you saw Sunset Boulevard and Annie Get Your Gun. On TV, I Love Lucy and the Jack Benny Show were popular. Stevie Wonder and Jay Leno had just entered the world. This is the year in which the 331 cubic inch Firepower HEMI was first installed in the Chrysler Saratoga, New Yorker and Imperial models. An engine that, in many ways, would go on to shape modern drag racing, and this year marks the 65th anniversary of that event.

However, the engine’s development goes back much further, to well before World War II. Although today Chrysler is a brand within the FCA US LLC’s portfolio, back then it was the Chrysler Corporation and HEMI heads were used in tank and aircraft engines built by Chrysler Corporation engineers, who studied various engine combinations (one that impressed was made by Riley/Healey in the UK – the 149 cubic inch Hemi Four). In 1948 the go-ahead was given to develop a production engine for Chrysler Corporation cars but it was a further two years before it was ready to be offered in Chrysler Corporation models coming off the production line. It went on to be included in Chrysler, Plymouth, Desoto, Jeep® and Dodge vehicles — with truck and industrial options as well.

The love affair between the HEMI engine and the hot rodding/drag racing fraternity really started when Chrysler Corporation began to develop the engine to produce more power. In 1956, Dodge introduced the 354 cubic inch engine leading to the 392 in 1957. This became the workhorse of drag racing and the love affair continued, although by 1959, the 392 was only offered as a car production engine in the Crown Imperial.

With the debut of the Elephant Motor in 1964, the HEMI had a rebirth when the 426 cubic inch unit was launched as a race engine, followed in 1966 by a street 426 HEMI that lasted until 1971. Heading Chrysler Corporation’s Race Engine Group was ex-Ramcharger Tom Hoover (not Tom Hoover of Showtime fame). Sometimes referred to as ‘the Father of the 426 HEMI’, Tom sadly passed away recently. 1993 saw Mopar introduce a HEMI engine block, and, of course, the HEMI history in drag racing goes on with the many race engine specialists developing derivatives of the ubiquitous 392s and 426s.

A comprehensive history of the HEMI V8 can be found on www.allpar.com/mopar/hemi/chrysler-hemi.html

Allen Johnson is flying the Mopar banner in Pro Stock along with V .Gaines and Richie Stevens Jr. and Mopar continues its support of the NHRA Sportsman classes with its sponsorship of the Mopar HEMI Challenge and the Tom Hoover Sportsman Challenge.

This year Mopar and The FCA Foundation have joined forces with the NHRA Motorsports Museum and B.R.A.K.E.S (Be Responsible And Keep Everyone Safe) in the defensive driving ‘Mopar Road Ready’ safety programme geared for teenage drivers.

This continues Wally Park’s original mission for the NHRA of promoting safe driving within the car culture, and is in line with the BDRHoF involvement with the UK-based Institute of the Motor Industry student programmes. 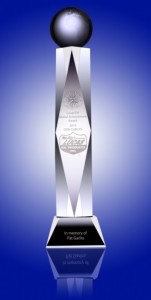 The BDRHoF Lucas Oil Global Achievement Award
Introduced in 2014, the BDRHoF Lucas Global Achievement Award is presented for achievements in the world of drag racing that have had a global impact. It can be presented to a person, a team, a company, an institution/organisation or any other body that in the opinion of the judges has increased the awareness and stature of drag racing on a global basis, or contributed to the technical development of the sport that has resulted in advances on a worldwide basis.

A unique aspect of the crystal trophy is the inscription ‘In Memory of Pat Garlits’ on the base – something that is engraved each time the award is presented. It is a tribute to Mopar brand ambassador Don Garlits’ wife Pat who passed away early in 2014. Don was the first person to receive this award and, as well as being his wife, Pat was his constant companion at the drag strip throughout his amazing career and as such the trophy marks the role played by all family members associated with drag racing. Without their support, it could not happen.

“It is a privilege to sponsor the BDRHoF Global Achievement Award and there can be few more worthy of receiving the trophy than the Mopar brand; not just for the HEMI V8 engine, but for their constant involvement and support of drag racing. Within the world of drag racing, we know the heritage and the tremendous impact that Mopar and the HEMI V8 have had on our sport.”