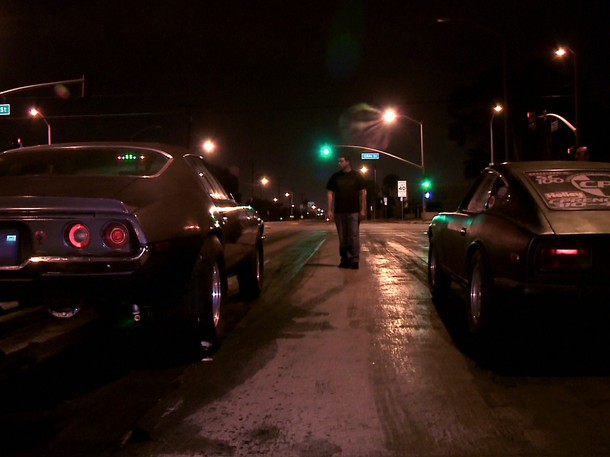 With the popularity of television shows like the Discovery Channel’s Street Outlaws, illegal street racing continues to be at the forefront of many drag racing fans these days.  Love it or hate it, it is hard to look away from the sound of revving engines and a car taking off from the starting line.

Following the NHRA’s recent crackdown of those who participate in the so-called reality show that promotes a very deadly form of racing, lightning continued to strike recently after Isreal “Izzy” Valenzuela, who made a cameo appearance when the Street Outlaws Oklahoma cast made a trip to challenge the famed street racers in California, was arrested for his connection with an illegal street race that killed two people in Chatsworth, California.

Izzy, who was driving the second car (not the mustang that killed bystanders) was denied bail this week and will await his next court date on March 26.

According to the Los Angeles County District Attorney’s Office, Valenzuela is currently facing two counts of murder and one count of engaging in a motor vehicle speed contest on a highway.  Although it seems that the well known 38-year-old street racer and racing performance shop owner, was not driving the Mustang that killed 26-year-old Eric Siguenza and 50-year-old William Thomas Wong, he was competing against competitor Henry Michael Gevorgyan on an open city street full of spectators, ultimately leading to this crash.  If convicted, both Valenzuela and Gevorgyan could face a possible sentence of 33 years to life in prison.

Unfortunately, this isn’t even the first account of deaths in this nature.  According to the National Highway Traffic Safety Administration, there were over 1,000 people were killed due to street  racing accidents between 2001 and 2010.  As the fan base at many tracks across the country continues to dwindle are more drag racers going to turn to this form of racing to fuel their need for speed?

The Burnout at RacingJunk.com caught up with a few of our drag performance readers to get their thoughts on illegal street racing.

“Street Racing like everything else has consequences, and if it we’re just the racers life on the line on a private road that is one thing, but street racing on public roads is just stupid,” said Steen.

“I know most if not all drivers have done it in the past and some in the present and we all tend to think that things happen to others, but surely not to me. Don’t get me wrong, I love the show Street Outlaws, but the keyword is ‘SHOW’, you all do know that their racing is in a controlled environment?”

Steen’s point is exactly why many professional drag racers actually can watch shows of this nature and still realize that groups like Racers Against Street Racing (RASR), who are dedicated to spreading the word that racing belongs on the track and not on public streets, exist.

Ohio native and weekend drag racing warrior, Douglas Markel agrees with groups like the RASR and the NHRA, who would rather see the glorification of street racing completely abolished.

“I do not support any type of street racing. It’s dangerous and illegal,” said Markel.  “It’s the view point from Joe Public that street racing is acceptable. I understand and support the NHRA’s stance with not promoting street racing. It has nothing to do with money, it’s all about safety! The guys participating in the Street Outlaw show are there for the notoriety and the show. They should also be speaking out against illegal street racing and that this is just a show not what they promote. It’s sad that publicly we don’t promote the local tracks for an evening of fun with racing or just simple test and tune. Most tracks hold promotional nights where you can spend an evening going down the track or have a grudge race for less than $20. As for Izzy Valenzuela, he knew it was illegal to street race. My heart sinks and prayers go out for those killed and injured during that street race.” 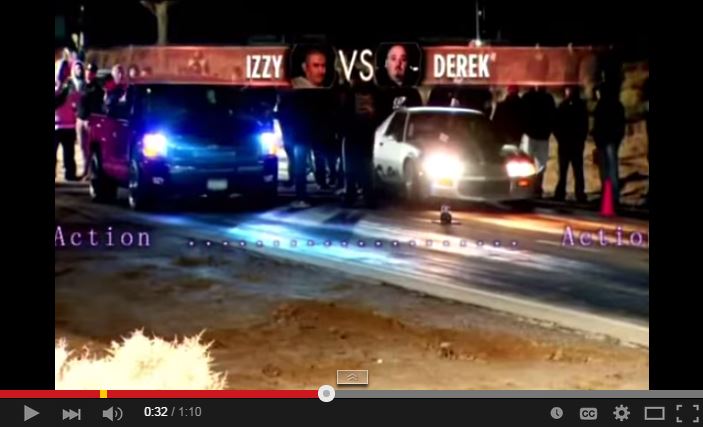 Recent Behind The Wheel featured Top Fuel Driver, Lex Joon had his own ideas of offering a safer version of street racing.

“The form of auto-racing that Valenzuela was involved in and what the Discovery Channel seems to want to promote is illegal which makes it hard to understand why its promoted at all,” said Joon. “Sometimes I get the idea some scenes are staged as it is illegal but the actual scene is filmed on a closed location. In the Netherlands we have an airfield that is open three times a year for ‘street-racers’, which is similar to what these drivers are really doing on this show.  Any form of racing should not be done on the street, as a street is not made for high speed racing.   Giving the viewers the idea that what these drivers are doing is all illegal is not right. Now with two people killed it is out of control and shows like this should be banned from television. I agree with the NHRA when they make a statement to drivers who have a NHRA race license. There is no reason what so ever to be part of illegal racing, especially not when you are a licensed driver.”

Although most drivers in this sport are completely against street racing, there are those who continue to support those who just want to do what they love.  Performance Consultant, Bruce Kit and Morris Rogers, Owner of Big Mo’s Parts in San Antonio, TX both agree that street racing are part of this sport’s history and possibly it’s future.

“Although it is Politically Correct to say street racing is bad and illegal, it always was and attempting to stop it will be as effective as prohibition, and as effective as the war against drugs,” said Kit. “Street racing is a clandestine affair, that will go on even after all the gas motors are in museums and we are humming around in solar powered electric cars. It is human nature to compete in many forms. People die when street racing, yes but people also die mountain climbing accidents. Should we outlaw that also? Add up the number of deaths in all dangerous sports and street racing accounts for how much – maybe 1 percent? I once scuba dived, which is somewhat dangerous. People climb to high peaks, strap on slippery waxed boards, hurtle off snowy mountains and dodge trees and rocks at break neck speeds (we call it skiing).  How many people die skiing every year? A bunch I bet, including Cher’s Ex-Husband Sonny Bono.  Harrison Ford just had an incident in a 75-year-old warplane, could have killed himself and a bunch of other people. Feel free to tell him its safer to stay on the couch! I will wager he will fly again. Manufacturers are building cars and trucks that exceed 500hp commonly when we need perhaps 100hp to commute. You gonna tell them to stop? If you really want to cure the problem, cure stupidity. Then we would not have drinking and driving, drug problems and more. If people were a tad smarter, they would only do safe boring things. But people might object. Yes you can try to control people, but at what cost? There are thousands of things that I object to but street racing is one that’s not on the top of my list. Stupid people street racing though, bumps it higher on my list though.”

“Your never gonna stop the Street Outlaws – that’s why they call them outlaws,” said Rogers.  “Street racing has been going on for 75+ years. Don’t get me wrong it’s dangerous and anything can happen and sooner or later your luck might run out. The tracks are safer and emergency services are immediately available, but you run the risk of injury to yourself and others even at the track. Drag racing is never going away on any level either as for as I can see and I’ve been racing for 50+ years. The biggest problem we face today is the tracks closing in large numbers and no minor or major entities helping or supporting the tracks. If the NHRA and IHRA want street racing to stop, then they need to help stop all the small track’s from closing. But the truth is all they see are the professionals. They say they are there for the little guy but come race day it’s all about the pro classes. But they make a lot of money from entry fee’s, certification’s, license, etc. from the little guy’s and they pay out very little to them. My point is, if you go grudge race a guy on the street you can make some serious cash. Where can you go make $2.500 cash in less than 5-minutes? Yes they should do it at the track but that’s hard to do when it’s closed. You see it’s a tough job getting the little known drag racer to go to the track and beat his car up for eight or nine rounds to walk out with a $500 win. NHRA is just mad that the show Street Outlaws is getting more attention than they are.”

While both government officials and organizations like the NHRA put their heart and soul into finding the safest ways for drag racers to continue to do what they love in the safest way possible, we urge you, our readers, to continue to voice your opinion on both street and other forms of drag racing below.  Continue to stay tuned to The Burnout on RacingJunk.com as this case unfolds.