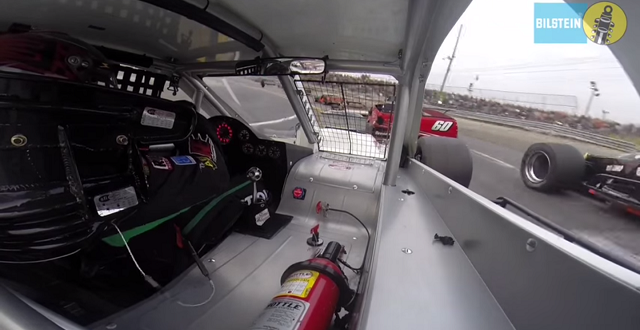 The Modified races at Bowman Gray Stadium are always wild and action packed. Bowman Gray prides themselves on being the pinnacle of short track racing. Every Saturday night in Spring and Summer thousands of fans pack the stands to see some of the action. The 2014 Bowman Gray Champion was rookie Danny Bohn from Mooresville, NC. Bohne became only the 4th driver to win the Bowman Gray Modified Championship since 1996. Bohne won his first championship while racing for Bilstein US, he stopped by the Bilstein booth at PRI to talk about The Bowman Gray Stadium, his first championship, and racing on Bilstein’s ASN single-adjustable shocks.