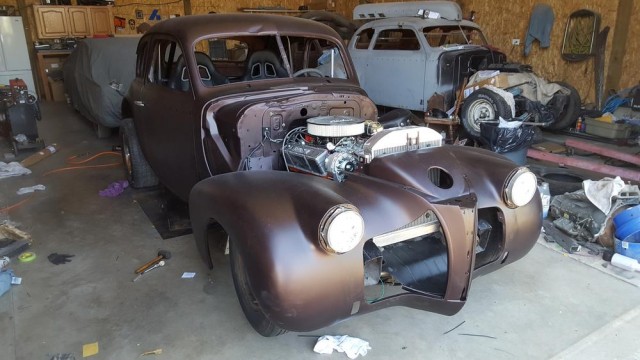 And there sat the 400 SBC, fresh from a wrecked ’78 Z-28. As Chip pondered, he realized it might fit perfectly into something a little tarnished, a little uncouth, a little ratty. After taking the motor to Britco in Centralia, Wash., he found the block was cracked, but the owner of the shop happened to have just received a 383 stroker, and made Chip a deal. With a quick refresh, ported and polished heads, 202 valves, Crane cam and a Victor Jr. intake, the motor dynoed at a stunning 440 horsepower and 460 lb/ft of torque. It was the beginning of a wonderful package.

However, this motor had no home at the time. Chip scoured the Craigslist postings for a suitable home, but he struggled to find anything that wasn’t dismantled beyond recognition or partially-complete. Finally, he stumbled upon a 1940 Pontiac Special Deluxe Coupe – and it was only two hours north! When he made his way to inspect the machine in person, he found it disassembled but complete. However, rust had mangled some of the lower portions of the car, and a large, pine-shaped indentation on the hood, cowl, and roof indicated a tree had fallen on it at some point. It was not perfect, but it had what star finders call “potential.” Besides, at $750, it was impossible to argue against. 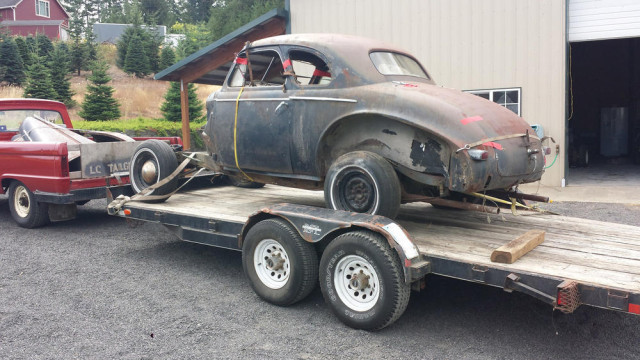 It turned out that the cab had been slightly warped by the falling tree, but this was not a major hindrance. Now with the parts in one place and his wife temporarily appeased, Chip set of to try and mate the ’78 Z-28 to homemade rear rails. Realizing shortly after that this would not work, Chip ate some crow and an S10 frame was chosen. With a more common frame to build upon, ladder bar suspension and coilovers were added, then, almost casually, Chip constructed his own floor plan and stuck on an eight-point, NHRA-certified, roll cage to stiffen and make the aged platform even safer. 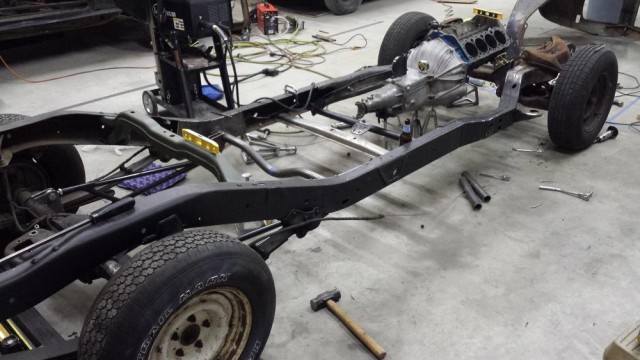 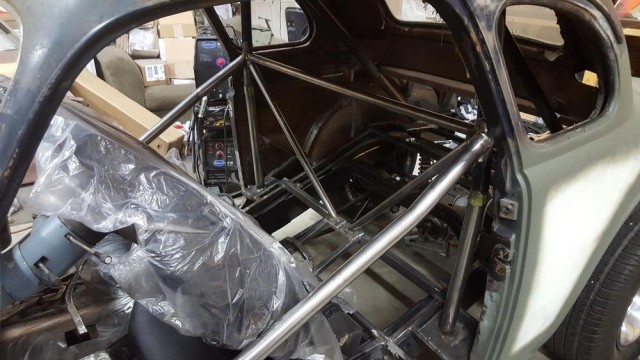 With so much rust, the course to a presentable rat rod required a bit of filler. Sacrilege in some eyes, surely, but in Washington state, finding an eighty-year-old car without any rust is not easy. 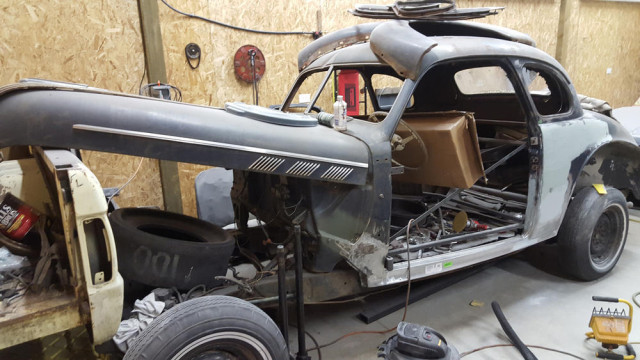 By a stroke of luck, Chip found another ’40 Pontiac – but after haggling and eventually purchasing the car for its hood and fenders, he realized that it was a Canadian build and the desired components didn’t quite fit. After a bit of cutting and welding, Chip managed to make the fenders fit, though the rest was a lost cause – but that’s life. 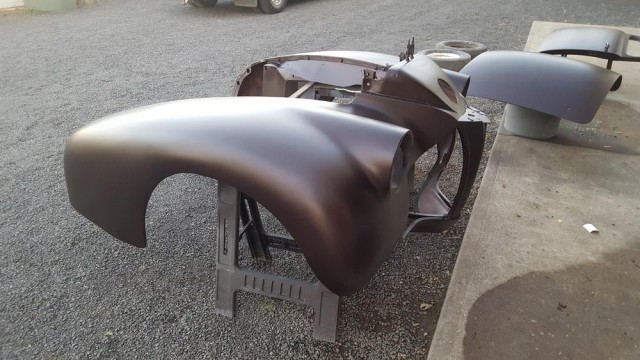 With a slightly tarnished ’40 Pontiac Super Deluxe Coupe sitting before him, Chip, with the guidance of his family, settled on Eastwood’s Metallic Bonneville Black Cherry and primered as much of the car as he could. He then used the gallon he purchased to cover what he could – outside, without a spraying booth. Running short on paint and primer in the process, the fenders, cowl, and hood vent were not painted. That aged patina looked right, so he decided to keep it.

All in all, the build took 367 days and thousands of hours, most of which were completed after the children had been sent to bed. There’s dedication and there’s a commitment to craft that borders on obsession, and this build embodies the latter. The entire package is seamless, tidy, and yet has a bit of flair and stylish roughness from the unpainted pieces brought in. All in all, it’s cool, understated and very appealing, and the fact it was built in such a short space of time, with pressure from his wife to finish, only supports the theory that creativity comes as the result of a cool head. 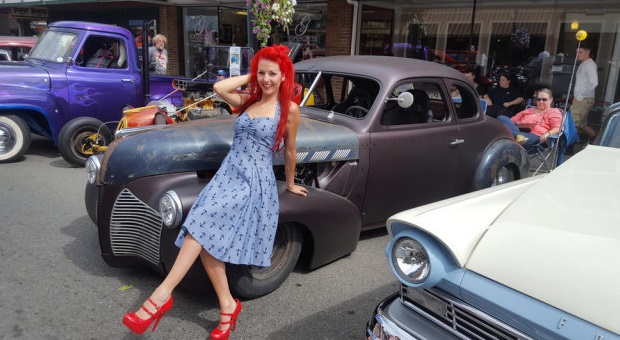