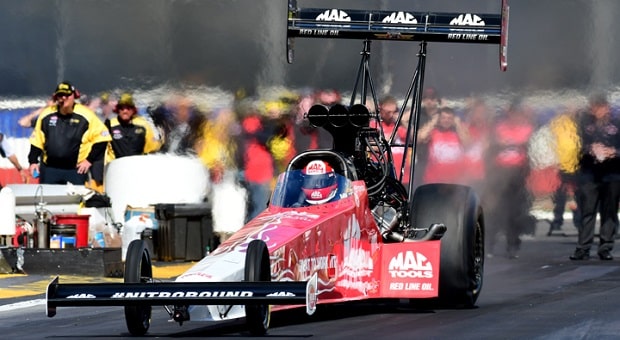 Hard to believe it’s been 10 years since zMAX Dragway debuted four-wide NHRA Mello Yello drag racing, but it’s true. The first race presented challenges for the racers as this was a new discipline to learn, with attendant difficulties in figuring out the starting lights and how to race against three other opponents. Not much has changed in the ensuing years, aside from the fact that most competitors now have experience racing four abreast.

Last year, Steve Torrence swept both the spring four-wide race and the traditional fall National event en route to his 11-win championship season. This year Torrence has yet to visit the Winner’s Circle but has been steadily climbing through the field and lies nine points behind recent Houston winner Brittany Force, only 20 points in arrears of leader Doug Kalitta. Las Vegas four-wide winner Mike Salinas is in fourth place (320) and looking for his second professional victory at the second four-wide contest of the young season. 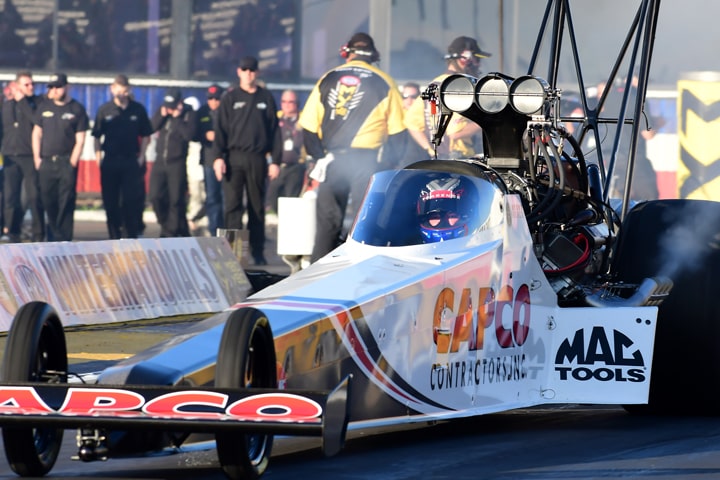 There are 16 entrants in Top Fuel this weekend, so there will be no one on the trailer at the end of Saturday’s fourth qualifying session – unless, of course, someone shows up who wasn’t originally on NHRA’s entry list. Among the part-timers are Lex Joon and Dom Lagana this weekend. One driver in vital need of a good result is seven-time Charlotte winner Antron Brown, who currently holds down seventh place with 278 points. Terry McMillen is in tenth place at the moment, the dividing line for NHRA’s Countdown to the Championship, a six-race playoffs that begins after the Chevrolet Performance U.S. Nationals.

There are 19 Funny Car entries for this four-wide challenge, with 18 of ‘em chasing Houston winner Robert Hight, who doubled up on the weekend with John Force Racing teammate Brittany Force. Hight’s Chevrolet Camaro SS has looked dominant since the season began, yet Hight didn’t make it out of the first round of eliminations in Las Vegas, the other four-across race NHRA holds each season. The Sin City Wally went to 2018 Funny Car champ J.R. Todd and Team Kalitta’s Toyota Camry. Can they stop the Hight train again this week? Cruz Pedregon was last year’s winner; while he’s hit-or-miss, Pedregon’s Dodge Charger can never be overlooked. 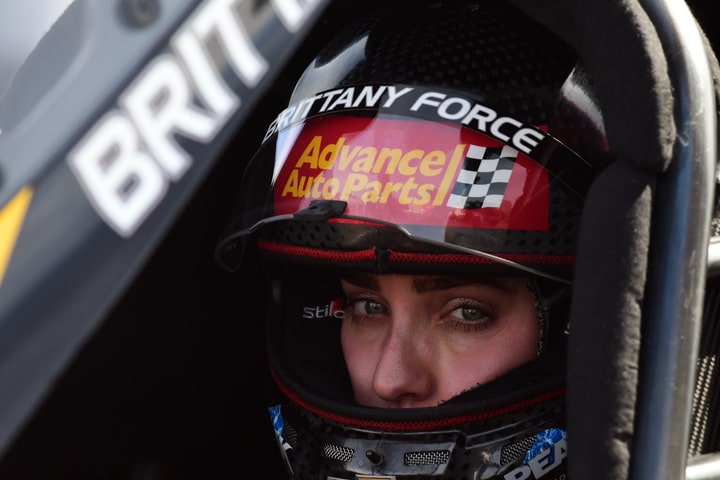 Matt Hagan’s Don Schumacher Racing (DSR) Dodge Charger Hellcat SRT is in second place behind Hight (476 points), but a vast 110 points in arrears (366), followed by Todd (341), the ageless John Force looking for his 150th win and Jack Beckman (DSR) in fifth place. With five races complete, Shawn Langdon holds down tenth place in the points race. Non full-time racers coming out to compete this week are Dave Richards in a 2018 Ford Mustang, local Bob Gilbertson’s 2015 Chevrolet, Dale Creasy Jr. in a 2014 Stratus and Surfer Jeff Diehl’s Camry. Diehl made it out of the first round in Las Vegas and has definitely upped his program for 2019.

There is no Pro Stock competition this weekend, but Pro Stock Motorcycle boasts 18 entries for 16 spots. At the Gatornationals in March, Andrew Hines started the season with his first win at the Florida track since 2004, racing a Vance & Hines Harley-Davidson Street Rod. Hector Arana Jr., the first rider to 200mph on his family-prepped EBR won the four-wide contest at Las Vegas last month over 2018 champ Matt Smith; this weekend marks the third race for Pro Stock Motorcycle. 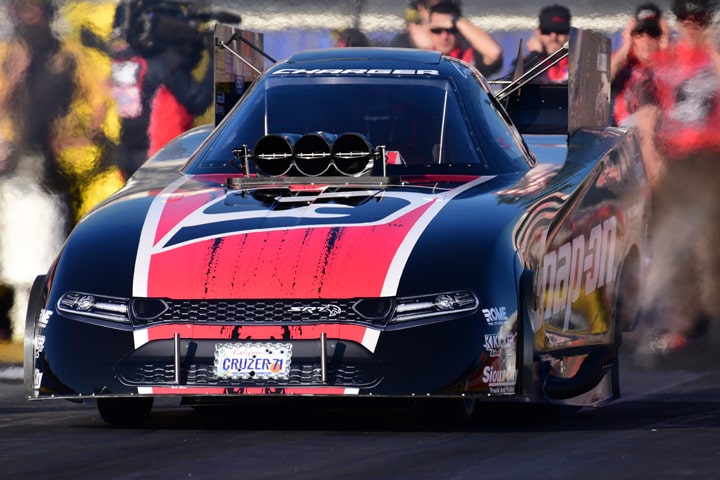 Last year it was Jerry Savoie earning the win light on his Suzuki; like Pedregon, it was his sole win on the year. With new teammate Karen Stoffer riding for White Alligator Racing (WAR), Savoie is hoping he can repeat that victory and that it propels his team towards a good finish for the season. He’s currently in fifth place (105 points), behind Hines (201), Arana Jr. (198), Eddie Krawiec on the second H-D motorcycle (188) and reigning champ Matt Smith (170). For a third time, rookie Jianna Salinas will attempt to qualify her Scrappers Racing Suzuki prepped by the Stoffer/Underdahl team.

There are 26 Pro Mod cars on the entry list, together with 30 Factory Stock Showdown machines. Included in the Pro Mod entries are Pro Stock regulars Alex Laughlin and Erica Enders. NHRA has not delineated the entries for Mountain Motor Pro Stock, but it’s notable that category is getting plenty of local press in anticipation of their appearance.

The most anticipated qualifying session for this race meeting is on Friday night, when the session is scheduled to start around dusk. The only weather-related issue for this weekend’s race is, of course, on Friday, when thunderstorms are predicted for the Charlotte, North Carolina area. Will the poor weather stay away and skirt zMAX Dragway? That’s what everyone is hoping.