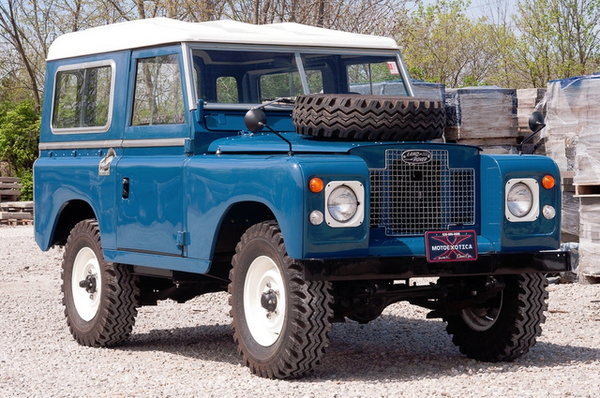 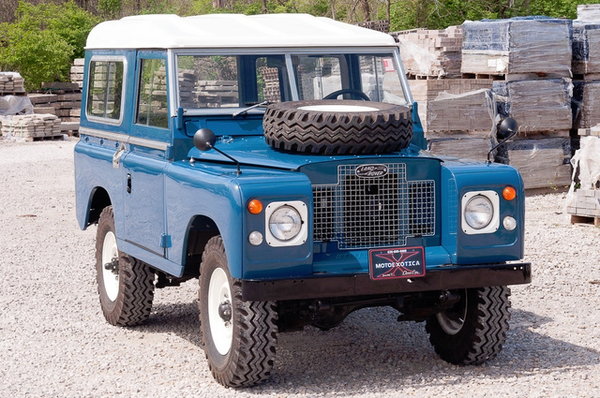 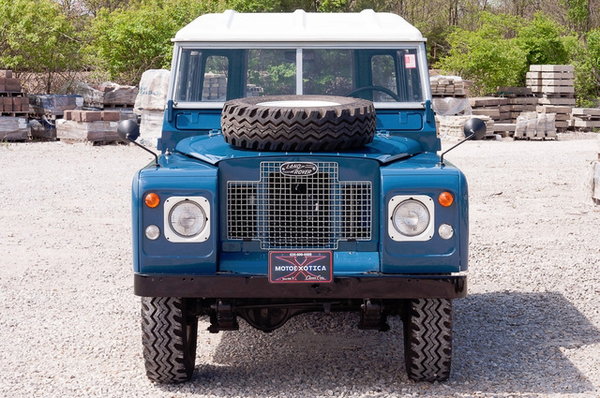 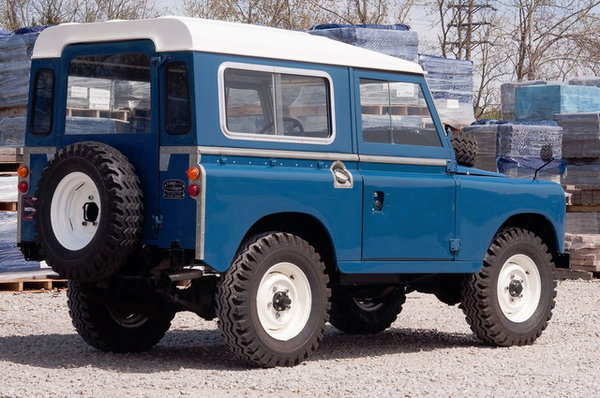 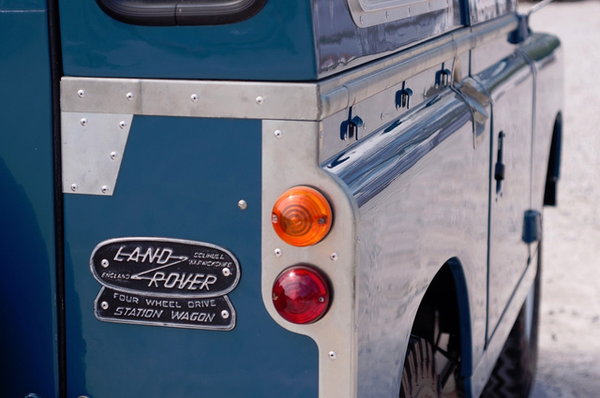 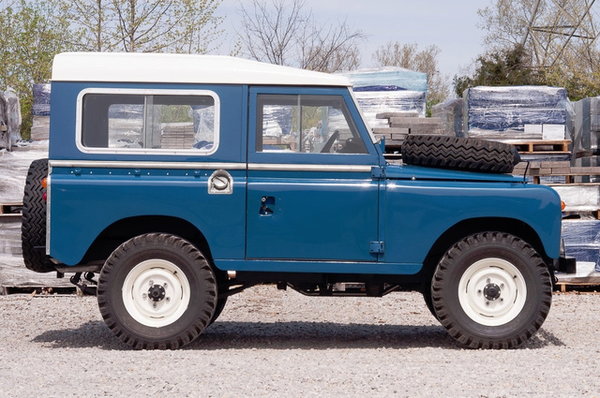 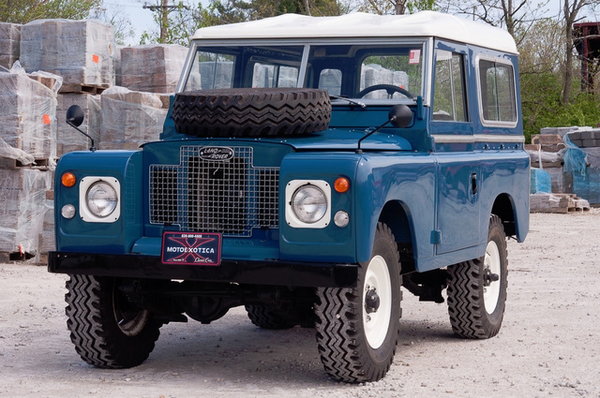 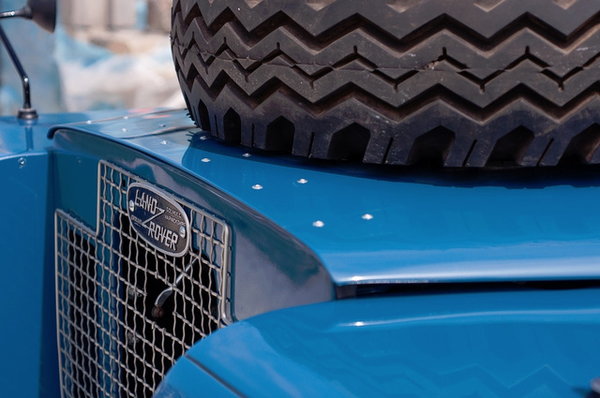 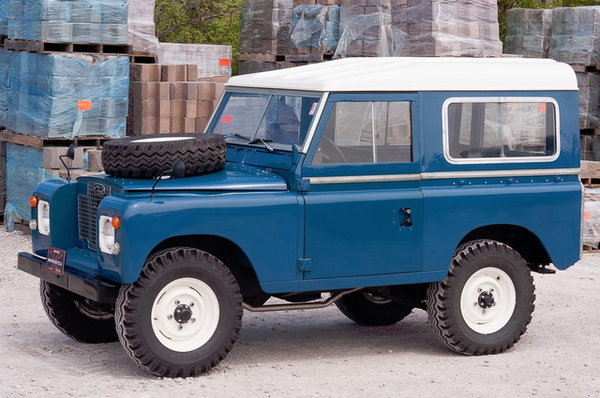 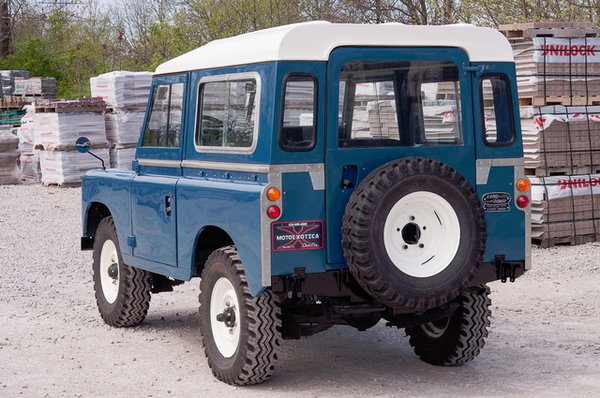 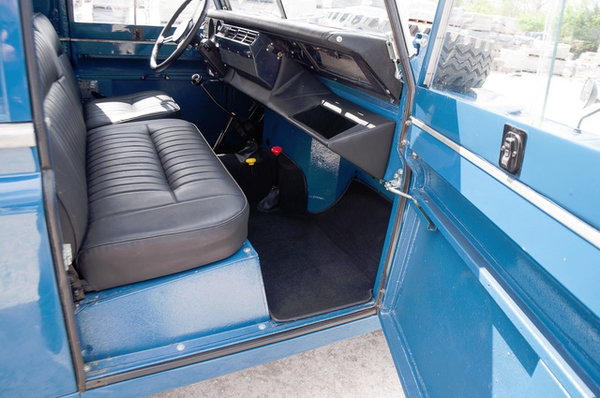 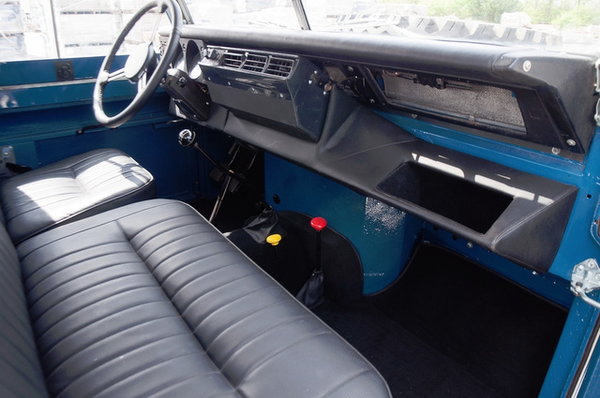 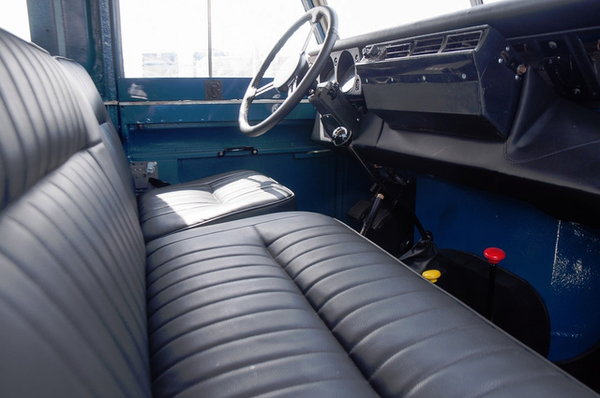 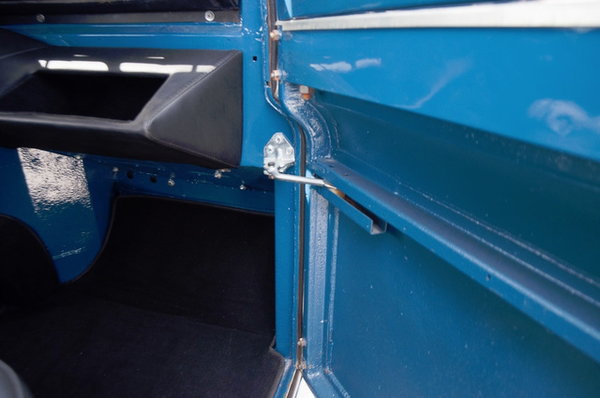 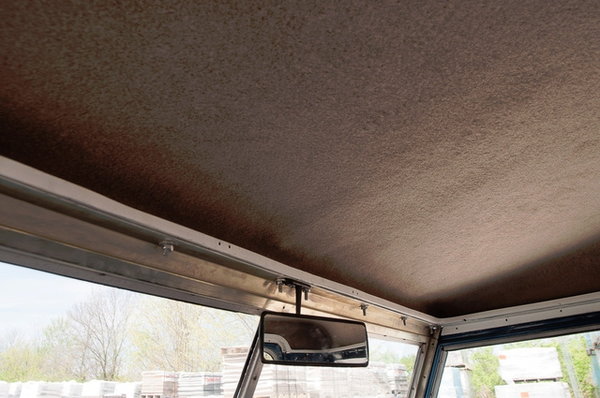 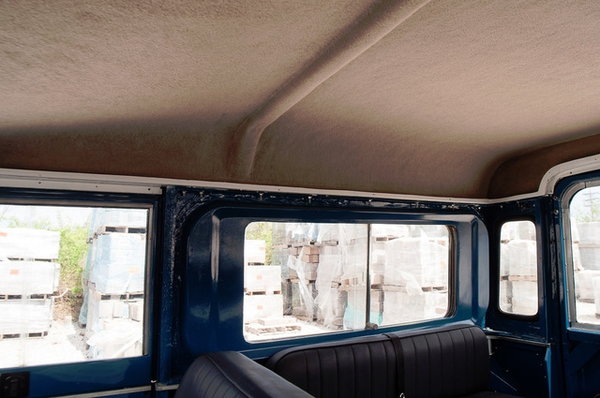 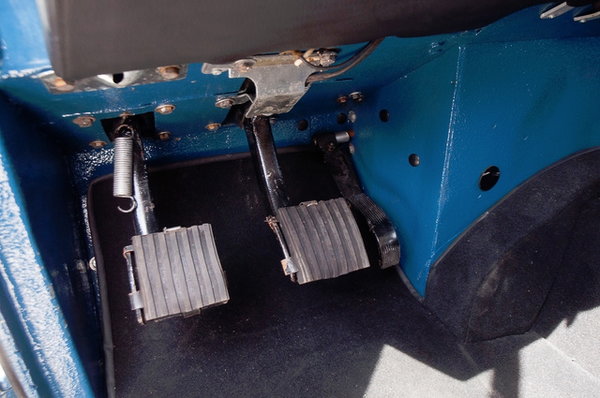 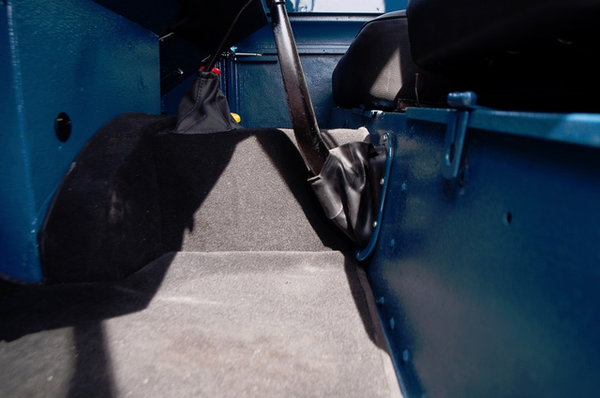 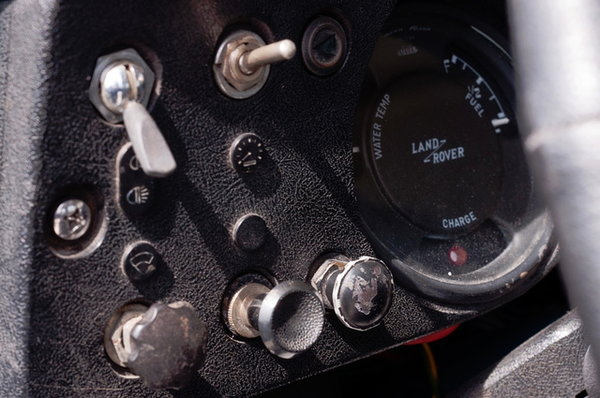 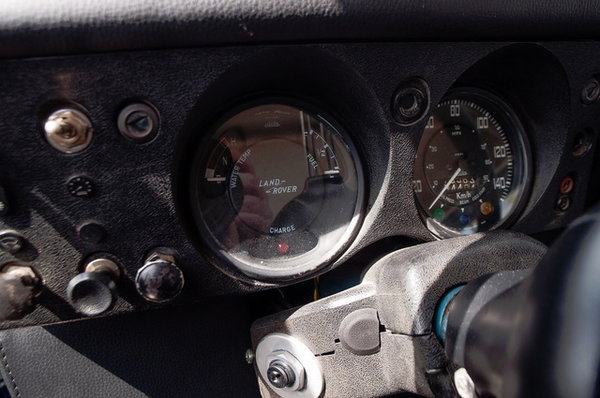 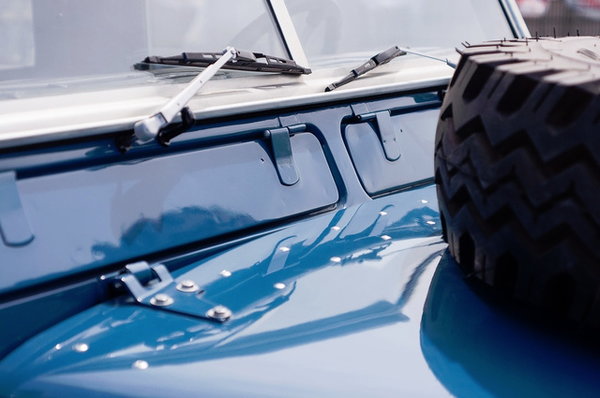 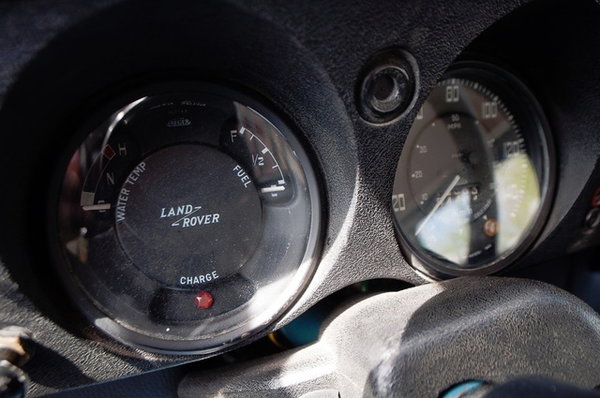 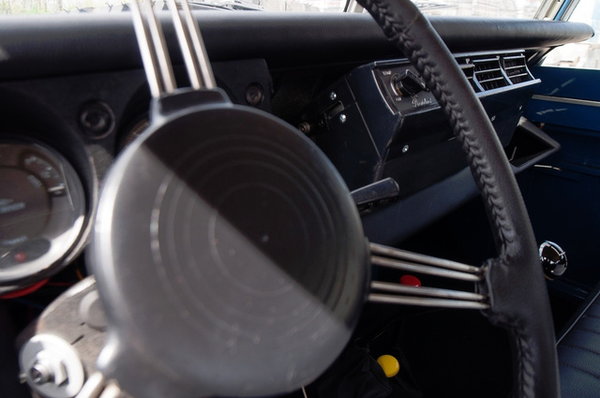 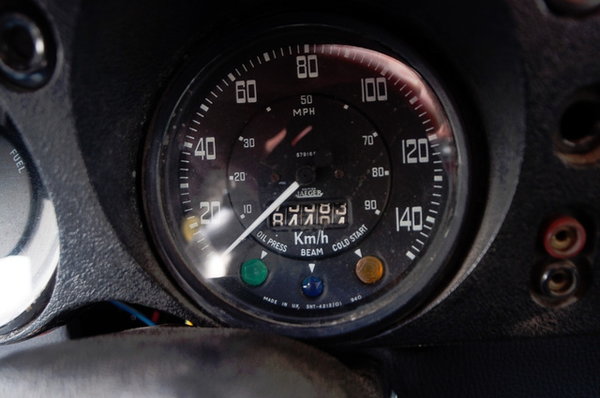 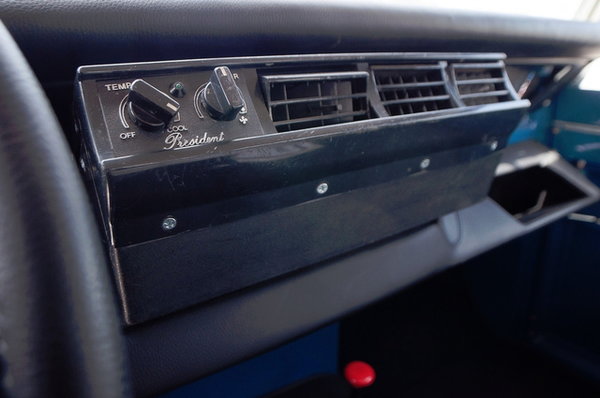 1973 Land Rover Series III 88 Hardtop oRecent cosmetic restoration oNewer Arles Blue paint and dark gray/black reupholstered interior oNineteen Seventy-Three was next-to-last model year for Land Rover in the US until 1987 o2.25L four-cylinder engine (#252 39917H) oFour-speed manual transmission with synchromesh and two-speed manual transfer gearbox oSeldom-seen air-conditioning oBrand new Rovers North fuel tank and new carburetor o7.50-16LT Neo-retro Firestone off-road tires with two spares and front disc brakes Ready for a jungle safari? If Jeeps, Land Cruisers and Scouts aren't your thing, MotoeXotica Classic Cars offers this Aries Blue 1973 Land Rover Series III 88 Hardtop. Made in Solihull, Warwickshire, England, this Landie looks ready to take you anywhere. Its newer, Aries blue paint and white trim are in overall excellent order, thanks to a recent cosmetic restoration. Its bodywork is straight and its engine bay is very tidy. The cargo space between the rear jump seats looks great and the black, front bumper complements the rest of the exterior colors well. It rolls on neo-retro Firestone Super-All-Traction ND tires, size 7.50-16LT at all four wheels. There're spare tires mounted atop the hood and on the rear door. Each tire surrounds a steel wheel painted white to match the hardtop roof. The tires are good condition while the wheels display in excellent order. Under the hood is Land Rover's 2.25L four-cylinder engine #252 39917H, backed by a four-speed manual transmission with synchromesh and a two-speed, manual transfer gearbox. Driver convenience features include rare air-conditioning and front disc brakes. The Land Rover also has a new brand new Rovers North fuel tank and new carburetor. Inside, the newer black/gray newer upholstery is in very good condition, as is the dash and dash mounted air conditioning unit. The three-spoke steering wheel is in fine form while the inner door liners and instrument panel with Jaeger/Smith gauges are all in good, original condition. Note that the fuel gauge and speedometer are inoperable and the vehicle's ignition switch is on the left side of the steering column. The series III had the same body and engine options as the preceding IIa, including station wagons and the 1 Ton versions. Little changed cosmetically from the IIA to the series III. The series III is the most common series vehicle, with 440,000 of the type built from 1971 to 1985. The headlights were moved to the wings on late production IIA models from 1968/9 onward (ostensibly to comply with Australian, American and Dutch lighting regulations) and remained in this position for the series III. The traditional metal grille, featured on the series I, II and IIA, was replaced with a plastic one for the series-III model. During the series-III production run from 1971 until 1985, the 1,000,000th Land Rover rolled off the production line in 1976. The series III saw many changes in the later part of its life as Land Rover updated the design to meet increased competition. This was the first model to feature synchromesh on all four gears, although some late H-suffix SIIA models (mainly the more expensive Station Wagons) had used the all-synchro box. In keeping with early 1970s trends in automotive interior design, both in safety and use of more advanced materials, the simple metal dashboard of earlier models was redesigned to accept a new molded plastic dash. The instrument cluster, which was previously centrally located, was moved to the driver's side. Competitors to this Land Rover in 1973 included Chevrolet's K5 Blazer, Ford's Bronco, GMC's K5 Jimmy, International-Harvester's Scout II and Jeep's CJ-5. Land Rovers are capable and dignified off-roaders. The classiest way to tackle a rough dirt ford, cross a river or scale a mountain is in a Land Rover. Stop by MotoeXotica Classic Cars today to check this one out in person before you schedule that next adventure! VIN: 90501962AV EN: #252 39917H This truck is currently located at our facility in St. Louis, Missouri. Current mileage on the odometer shows 84,494 miles. It is sold as is, where is, on a clean and clear, mileage exempt Florida title. GET OUT AND DRIVE!!!? Note: Please see full terms and conditions listed below that pertain to the purchase of any said vehicle, thank you.
View Full Description