Join Us Oct 28 - 30 for: "No Shows No Problem", A Virtual Trade Show for Businesses and Enthusiasts
Previous Ad Next Ad 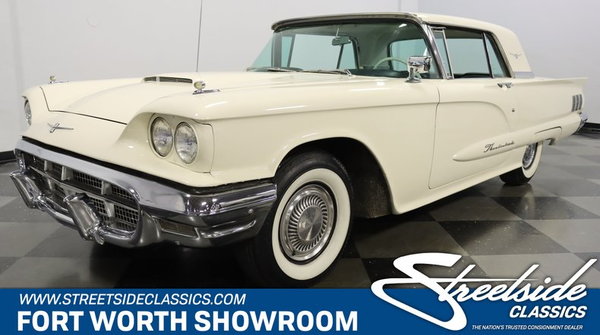 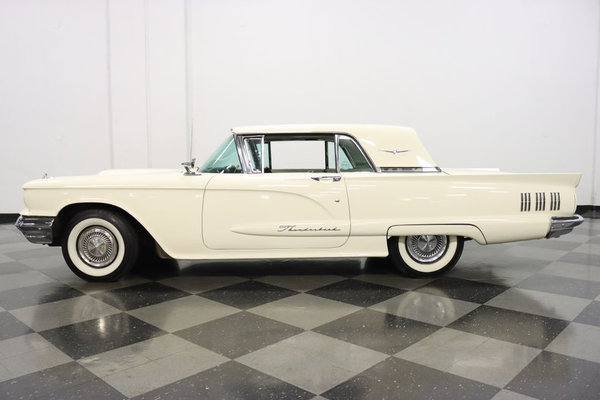 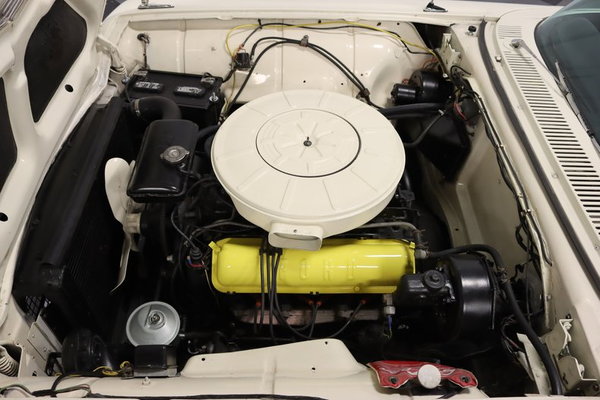 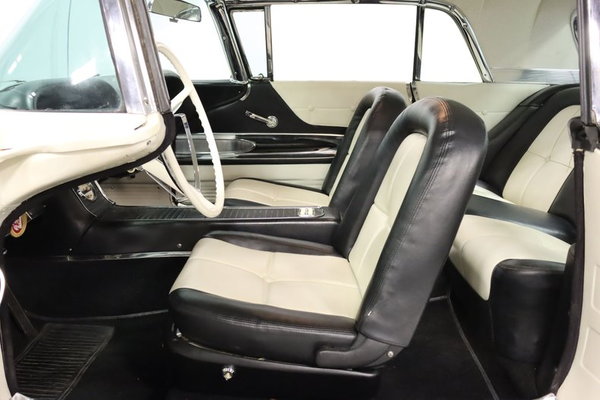 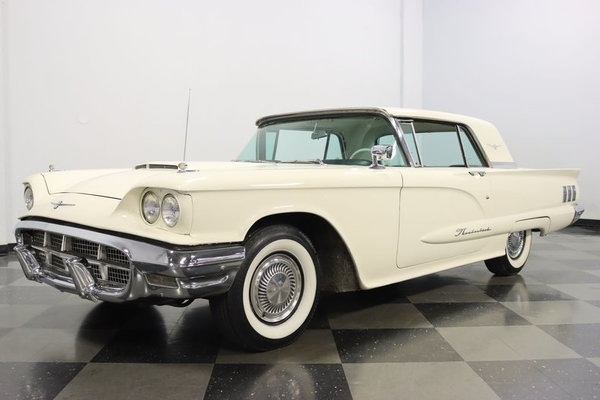 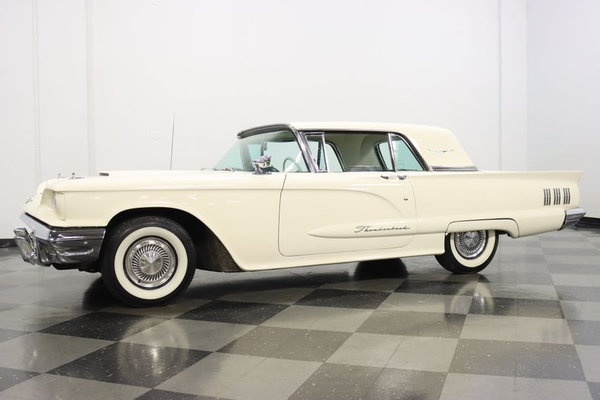 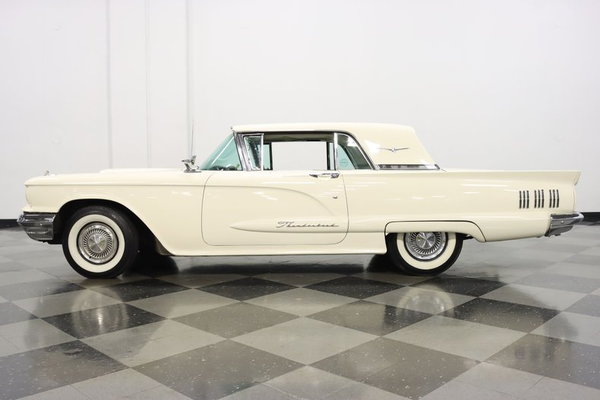 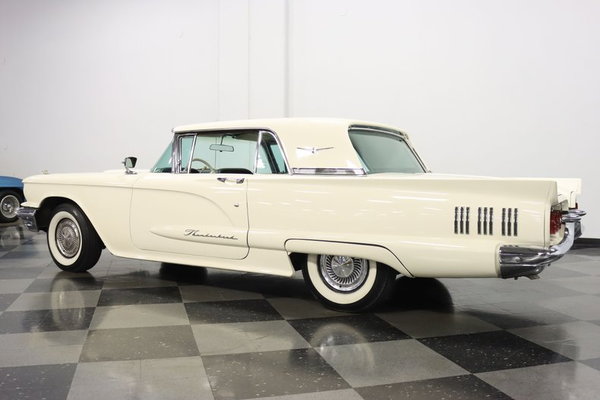 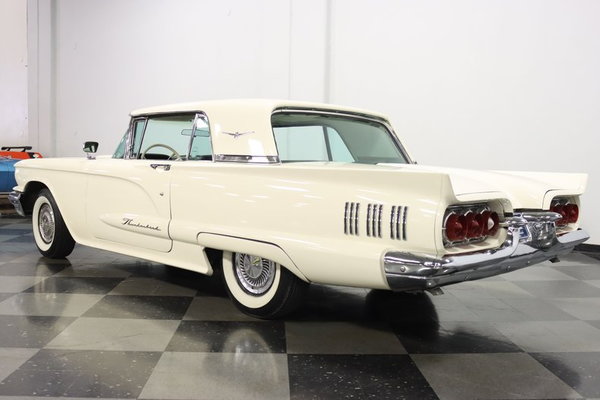 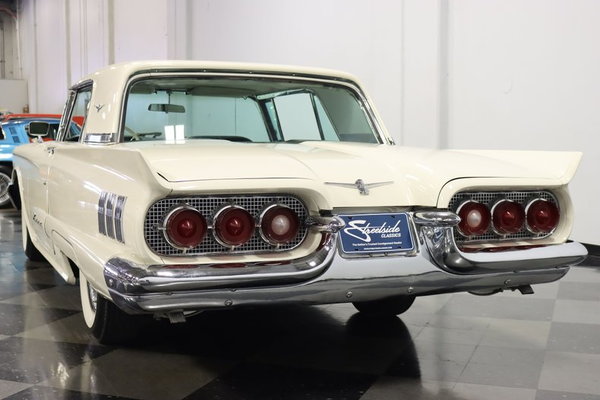 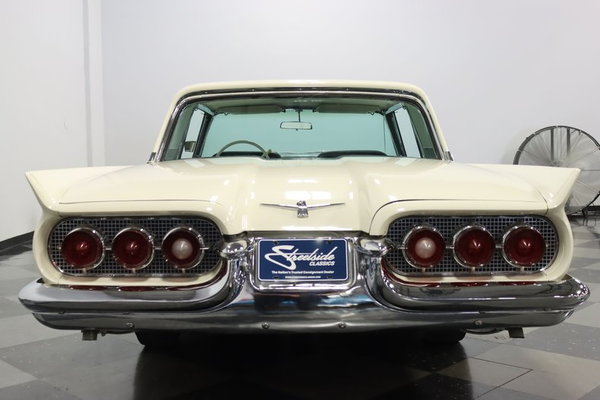 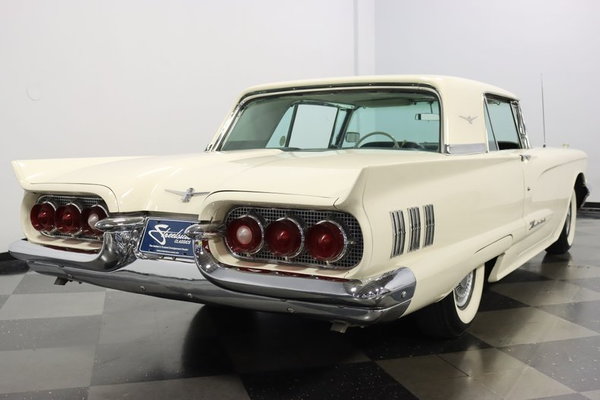 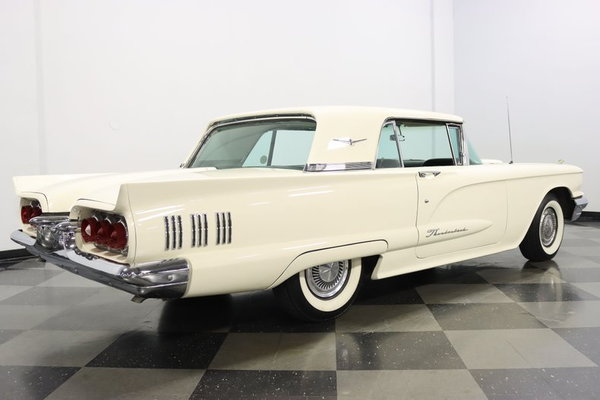 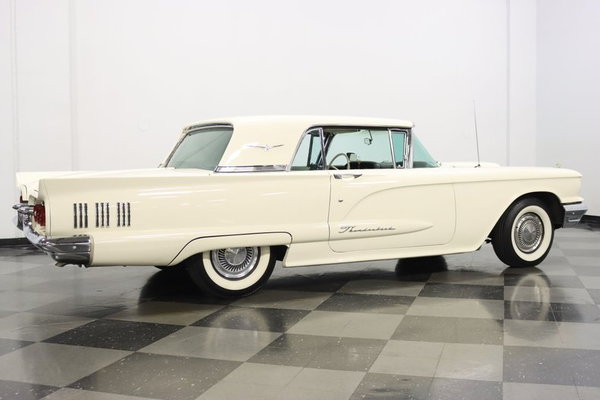 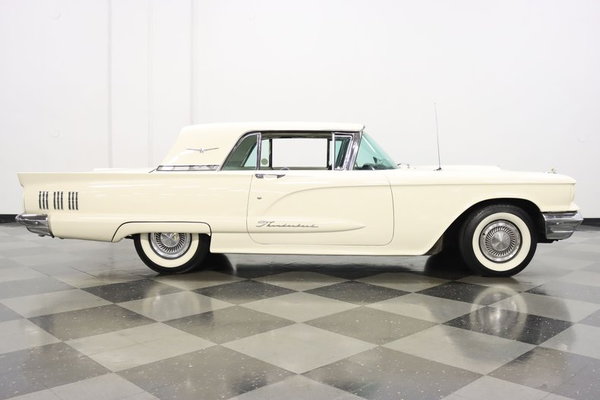 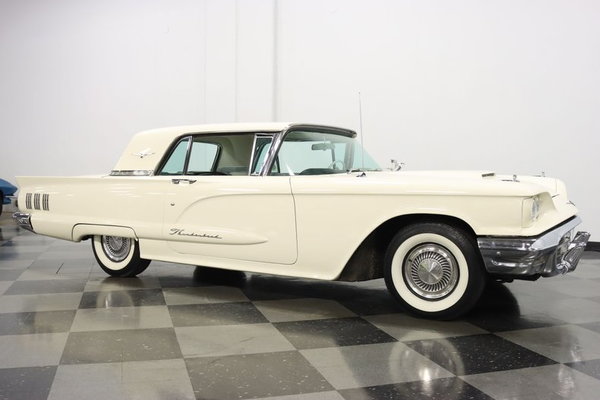 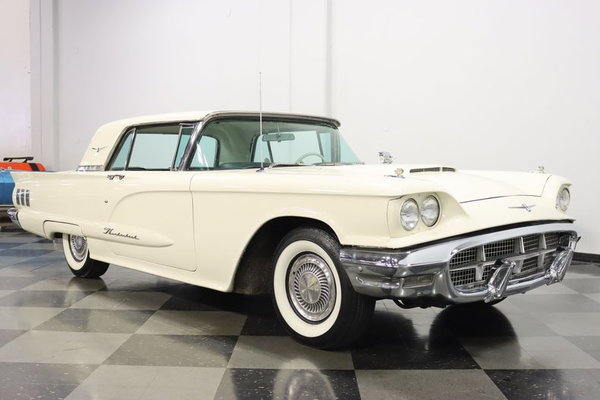 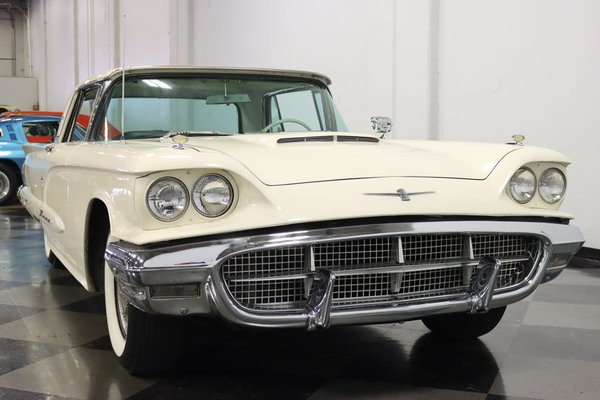 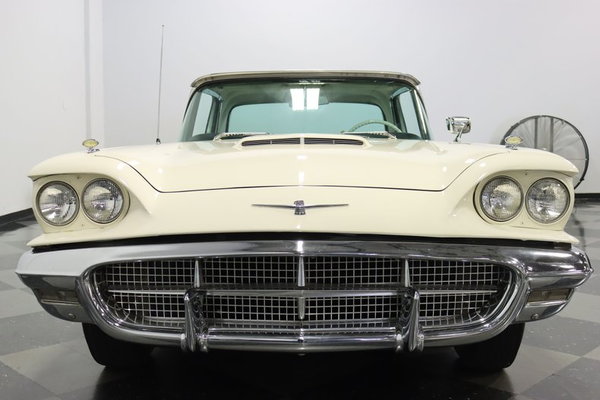 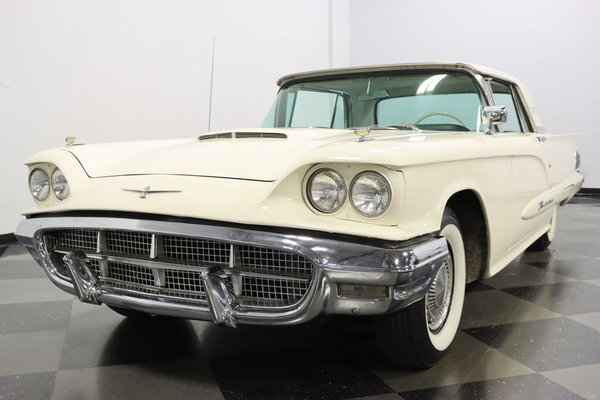 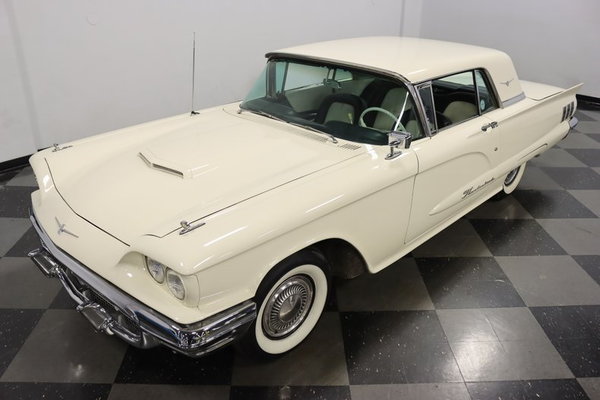 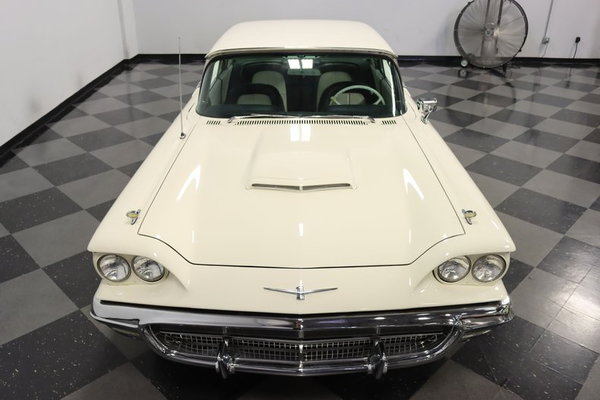 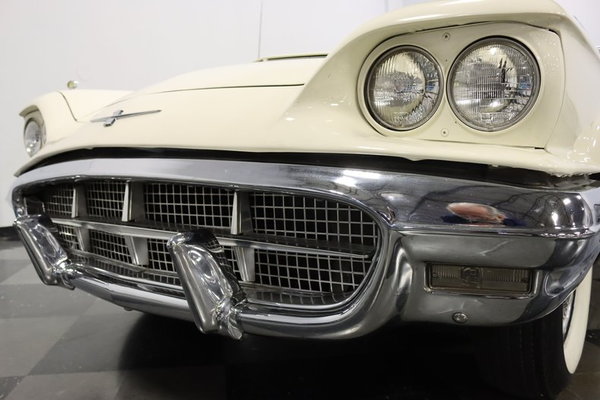 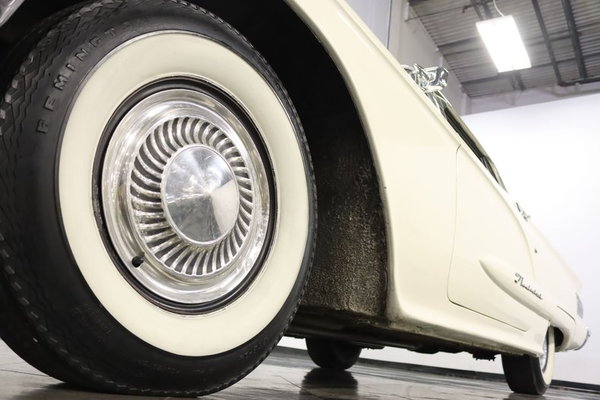 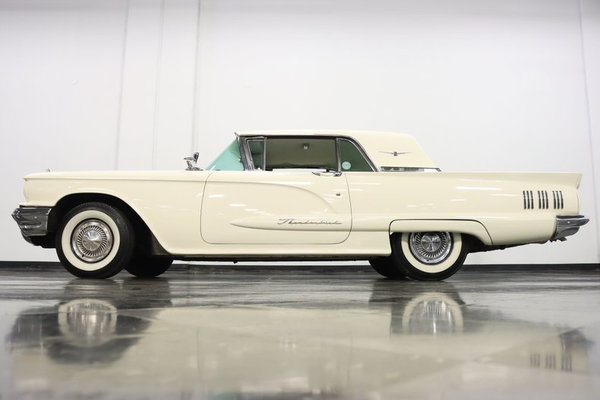 After years of living in the first-generation Thunderbird's shadow, the first of the 4-seater 'Birds are finally getting some serious respect. No longer bargain-basement specials, dialed-in cars like this gorgeous white-on-white and black 1960 Ford T-Bird hardtop are seriously hot collectables that are also exceptionally nice to drive.

The classic combinations never go out of style, and the Thunderbird wears white paint better than most of its contemporaries. It's not bright refrigerator white, of course, but a creamy soft white that nails the Corinthian White that Ford intended. The 1960 'Bird's many scoops and creases are subdued a bit with white, making this a handsome car that doesn't look fussy. Paint and bodywork are well done and while it's not a show piece, it does look fantastic heading down the road or at your local cruise-in. Delightful chrome details abound on the second-generation Thunderbird, including the little ornaments atop each front fender, the Thunderbird script on the rocket-shaped body side moldings, and the bright chrome "gills" on the rear quarters, again reinforcing Ford's fondness of rocket-inspired design. The chrome probably cost as much as a new Cadillac to restore, and the glass has a lovely soft greenish-blue tint that's totally authentic. A set of dual headlights up front and set of triple rocket-style taillights out back finish the look, and we have to say, this is one great looking 'Square Bird'.

Code 56 on the door tag means black and white vinyl, and there's no doubt that the guy who originally ordered this car knew exactly what he was doing. Dolled up like a Lincoln, it has infinitely more style and just as much luxury thanks to the beautifully finished buckets that are fresh and crisply presented, a factory center console, plush new carpets, and a gorgeous cockpit-style dash. The off-white faced instruments are fitted into a shiny aluminum panel that looks like a high-end clock face, with secondary controls just underneath. Power windows with switches on the center console are a nice feature on any luxury car, and with a power seat, tilt wheel, and a heater that works, this big 'Bird is nicely appointed. The original AM radio is still in the dash, but like so many of its contemporaries, it's sadly not working. The back seat likely hasn't had a passenger since it was refinished, and out back the trunk is properly presented with a new plaid mat set, full-sized spare, and jack assembly.

Under the hood you'll find a Y-code 352, which offered a factory rating of 300 horsepower thanks to a 4-barrel carburetor on top. It's plenty for the stylish 'Bird, which moves through traffic with an effortless ease that makes the driver feel like a million bucks. The engine bay is tidy and detailed to show-off, and includes the original air cleaner painted to match the bodywork, bright yellow Ford-logo valve covers, and high-mounted expansion tank for the cooling system. Things like power steering and brakes are standard equipment and there's an astounding amount of room under the hood that makes service easy. It's backed by a 3-speed Cruise-O-Matic automatic and a set of 3.10 gears out back, meaning that this white hardtop will cruise all day at highway speeds without breaking a sweat. An upgraded dual exhaust system has a great sound that's appropriate for a luxury car like this and the undercarriage is shockingly clean for a car this old and original. Simple hubcaps are fitted inside a set of 6.00-14 Remington bias-ply wide whitewall tires for a proper look.