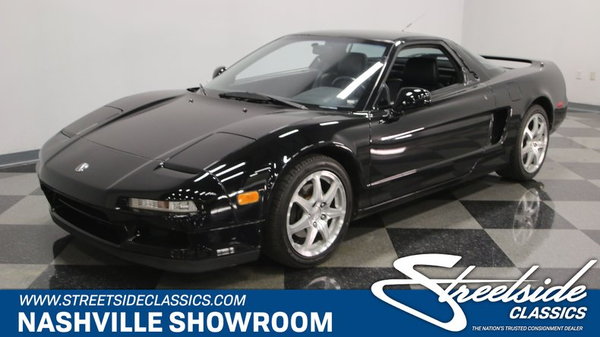 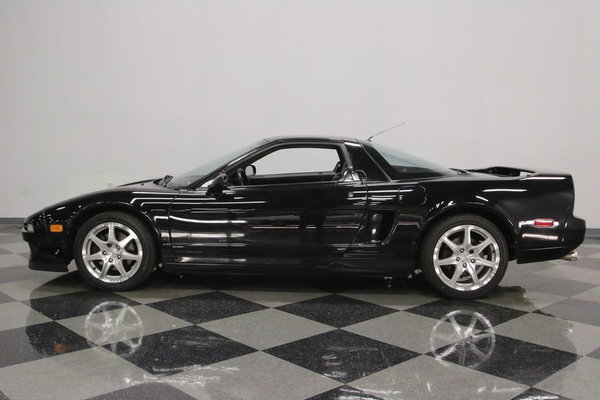 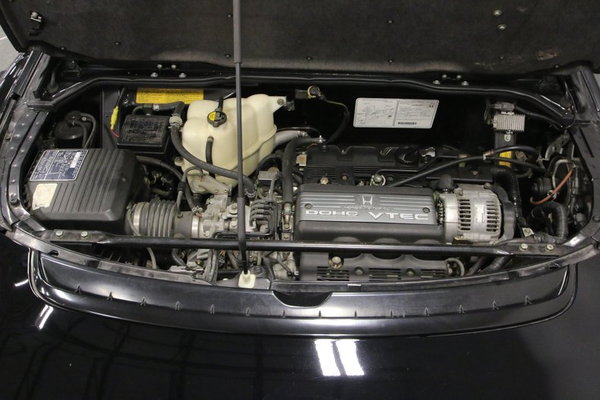 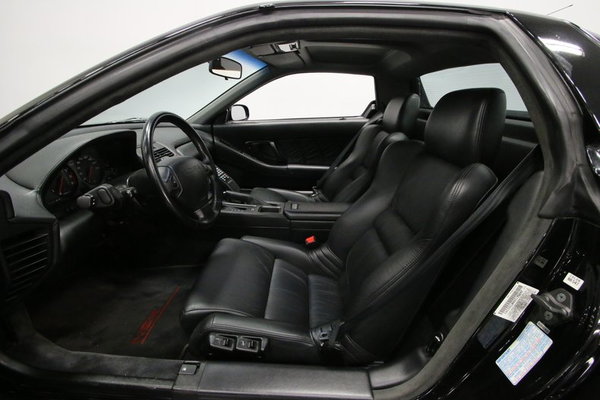 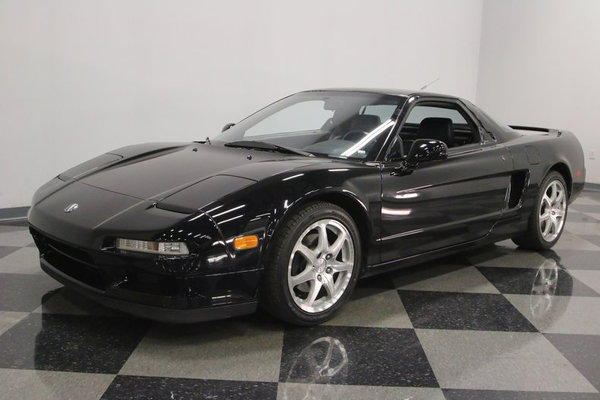 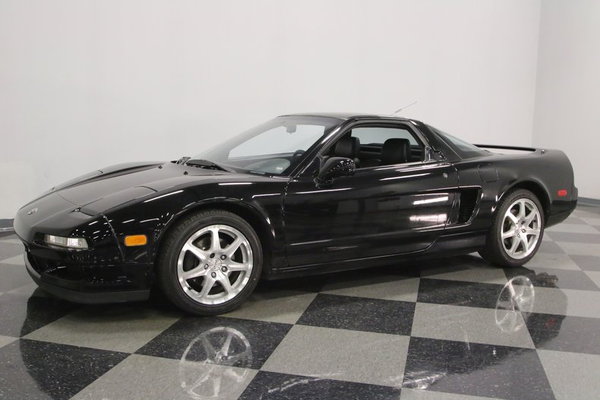 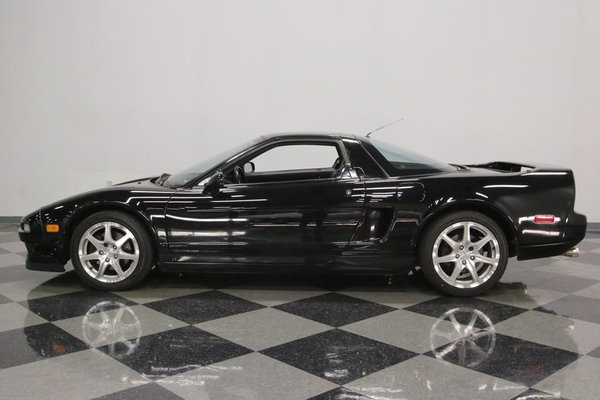 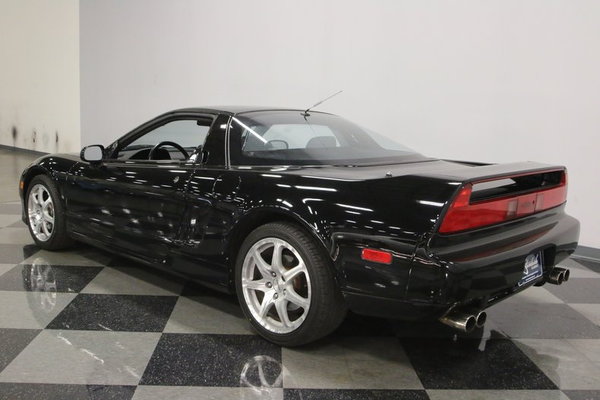 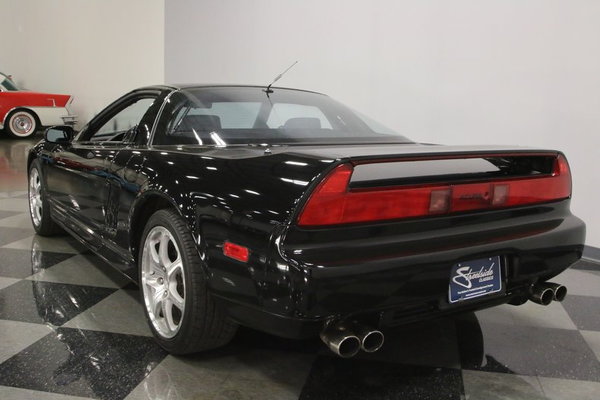 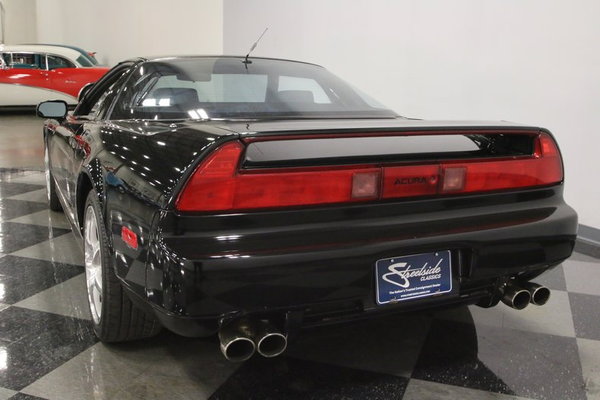 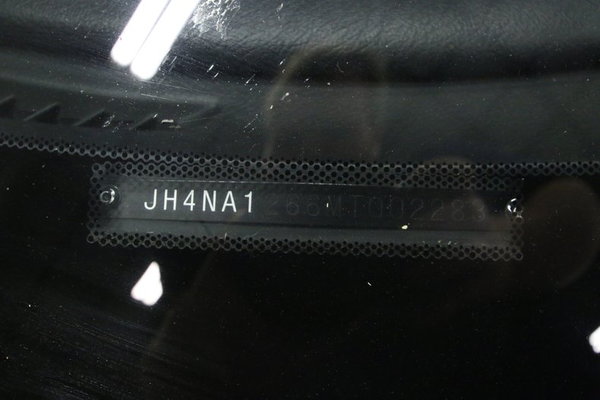 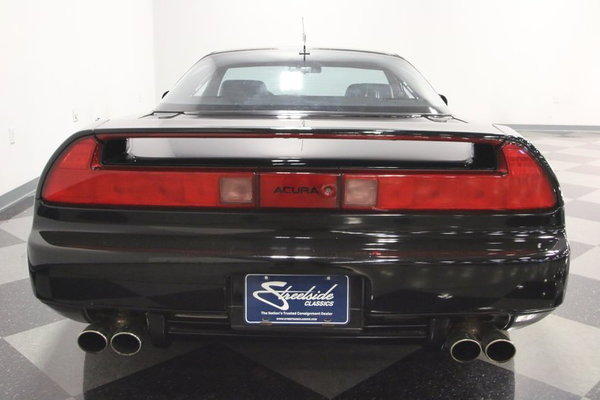 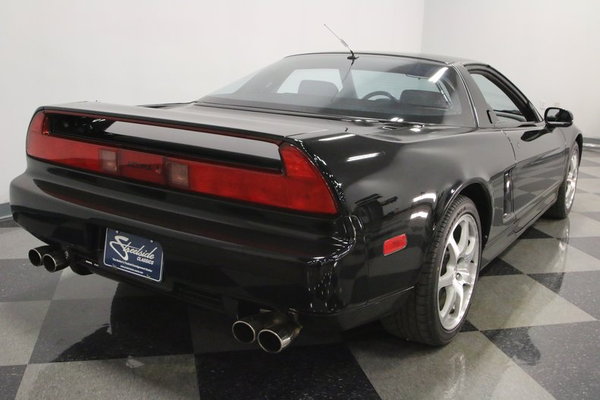 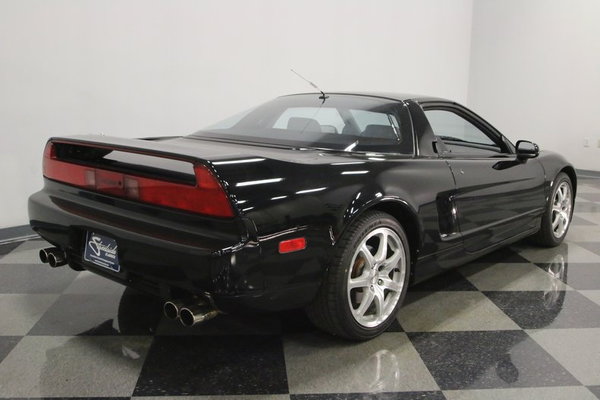 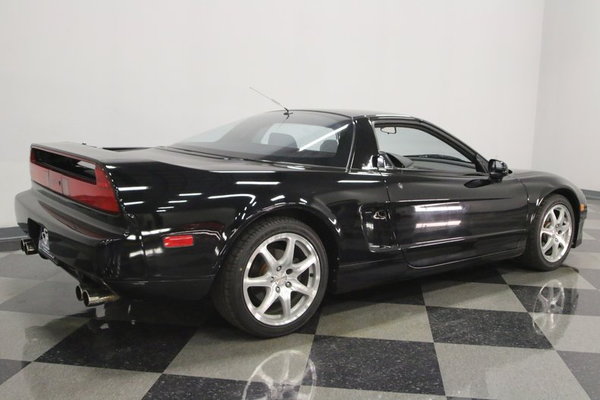 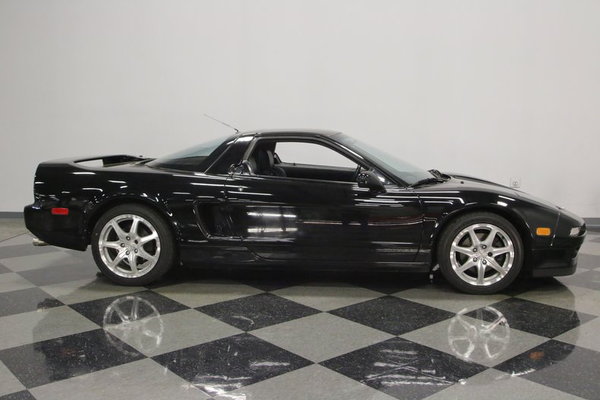 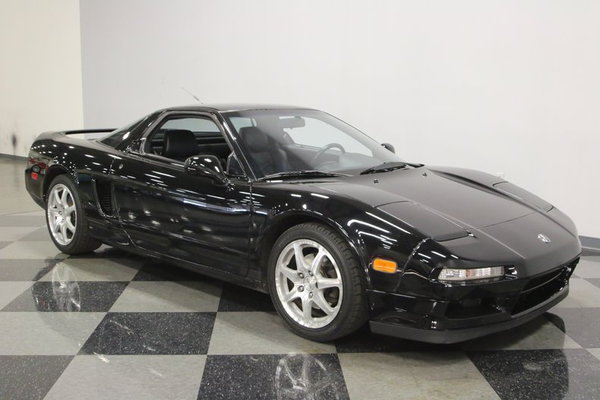 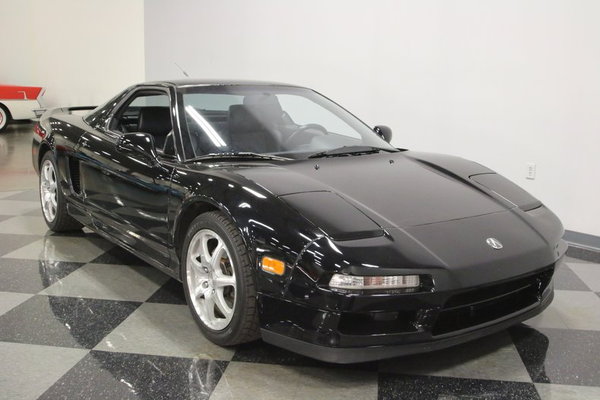 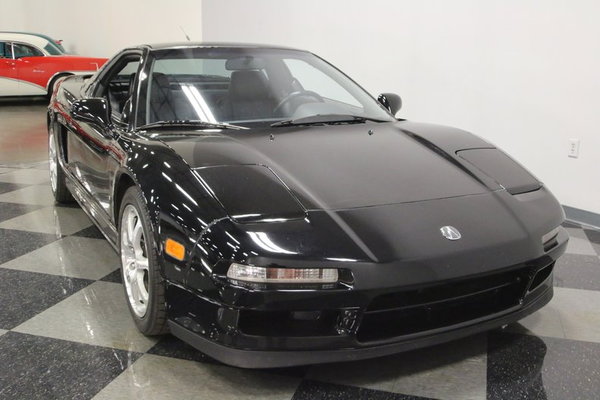 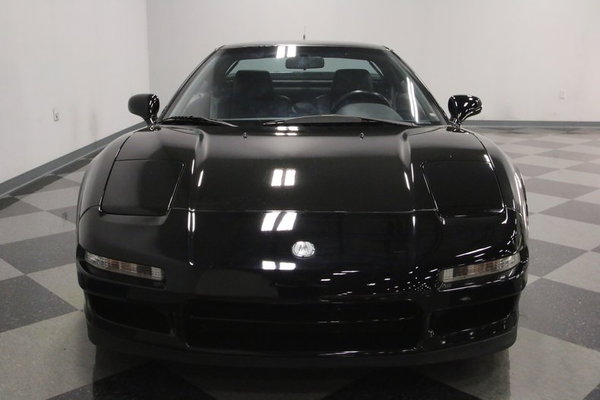 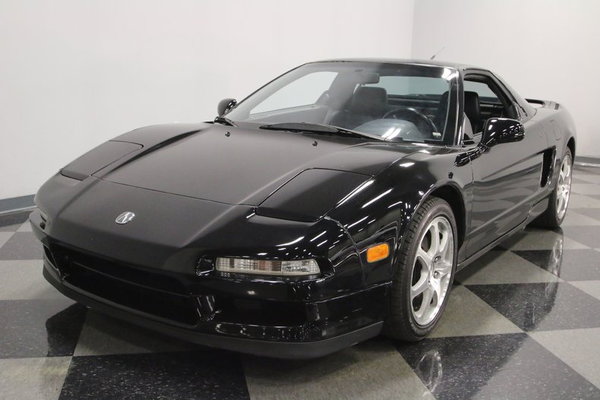 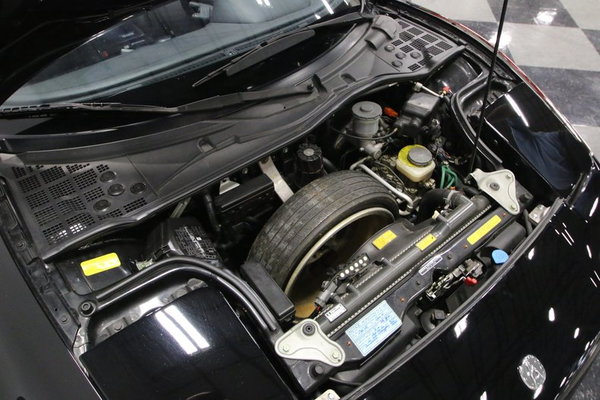 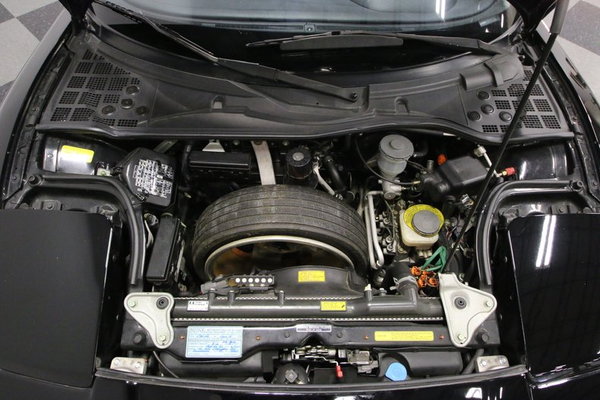 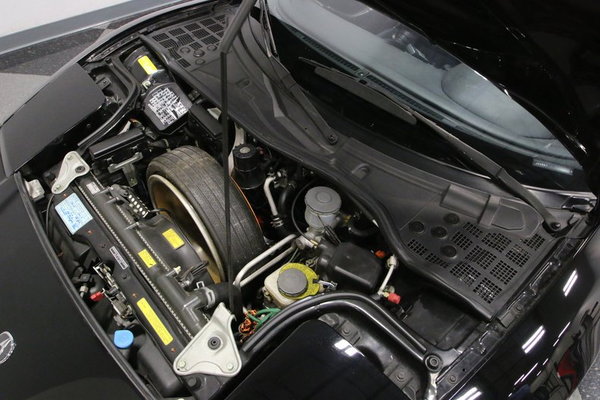 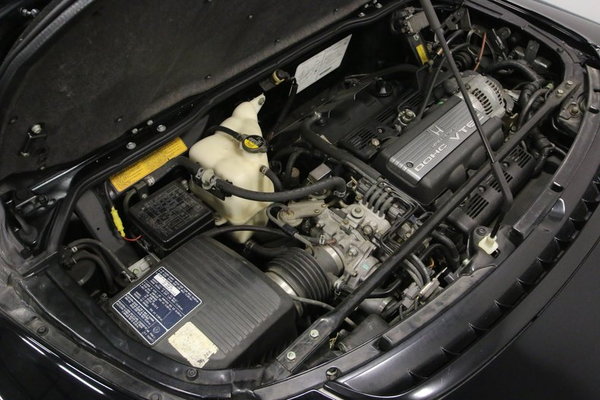 With the new Acura NSX knocking on the $200,000 threshold, collectors are catching on to the fact that Acura's early cars are pretty darned spectacular. Of course, they were all bulletproof in typical Honda fashion, so many of them were used hard and put away wet. But this 1991 Acura NSX with just 62,352 original miles almost looks like it just rolled off the showroom floor.

A lot of folks think of the NSX as a Japanese Ferrari, but I think that does the NSX a grave disservice. If you look at it, it's really like nothing else before or since, with a radical cab-forward design that was expressly made to resemble a fighter jet's canopy. The low nose and neatly integrated rear spoiler are done with noteworthy ease and the whole thing doesn't seem to be trying too hard to be racy. It just is. Of course, deep black paint with that blacked-out cockpit pretty much eliminates any chance of going unnoticed, but that's the price of stardom. That's factory paint, by the way, and if you have any doubts about Honda's ability to deliver a product worth more than $65,000 (in 1991 dollars), you need only look at the ripple-free panels on this NSX. Thanks to smart design, it isn't prone to scraping its chin on driveway aprons, either, so all the nose pieces are nicely preserved and the rockers haven't been sandblasted by road debris. Obviously, someone cherished this car.

Despite the mid-engined layout, Honda managed to make the NSX as comfortable and user-friendly as an Accord. No longer could an exotic car claim that being cramped, hot, uncomfortable, and using balky switch gear was a sign of character, and it wasn't too long after this that the big names got serious about improving quality and user-friendliness. The deeply bolstered black leather seats are very nicely preserved with only very minor comfort marks and the rest of the interior is equally nice, and as a Honda, everything works as you'd expect. The A/C is effective, the aftermarket AM/FM/CD stereo sounds great thanks to plenty of sound-dampening materials and great aerodynamics, and everything was standard so you don't have to worry about owning a stripped NSX. Heck, there's even usable trunk space both up front and in back!

You know Honda was serious about the NSX when they filled the 3.0-liter V6 with titanium connecting rods and ultra-light aluminum pistons. The result is an engine that loves to rev and shrieks to its 7500 RPM redline like an F1 racer, and remember, this was 28 years ago! Keep it boiling and the engine was devastating on the street and thanks to a slick-shifting 4-speed automatic transmission, it's easy to just point and shoot your way through traffic. And if you have worries about maintenance, don't sweat it, because this low ownership beauty has signs of regular maintenance throughout. Honda's legendary A-arm suspension delivers superlative handling (as well as that low cowl) and it's fitted with four-wheel disc brakes whose specifications might seem modest, but thanks to an intensive weight-control program, are more than adequate for the flyweight NSX. It's still wearing those flashy NSX-stock wheels and 215/45/16 front and 245/45/17 rear Bridgestone performance radials.

Complete with maintenance receipts, owner's manuals, and even the signatures of the project lead on the NSX (Shigeru Uehara) and an accomplished NXS racer (Derek Bell) on the inside of the glovebox door, this is the NSX you should buy for the joy of driving. But when it also turns out to be a smart investment, well, so much the better! Call today!
View Full Description